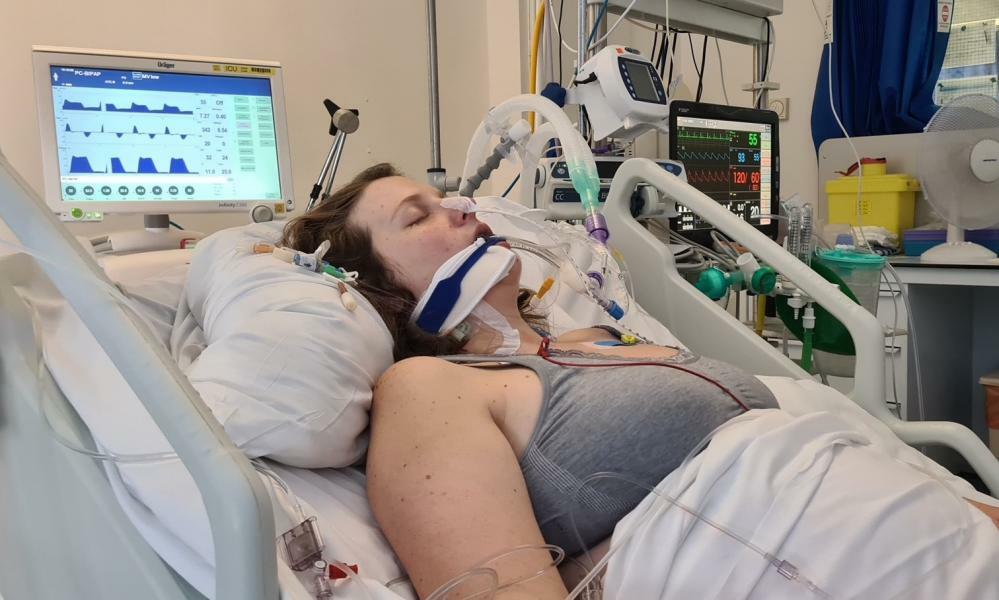 Twenty of the 118 patients with Covid who received extra corporeal membrane oxygenation (Ecmo) between July and September were mothers-to-be, NHS England said.

Of these, 19 had not had a jab and the other had only had one dose of a vaccine.

NHS England released the statistics as part of a renewed effort to persuade pregnant women to get fully vaccinated amid new evidence from doctors in Israel that coronavirus can cause serious problems for the mother-to-be and her baby in the later stages of pregnancy.

The new data also underline the extra risks facing unvaccinated people. Of the 118 men and women who had Ecmo in those three months, 107 had not been jabbed, four had only had one dose and only seven were fully immunised.

“This is another stark reminder that the Covid-19 jab can keep you, your baby and your loved ones safe and out of hospital,” said Jacqueline Dunkley-Bent, NHS England’s chief midwifery officer.

“You can receive vaccination at any time in pregnancy, but the risks that unvaccinated pregnant women face of becoming severely unwell if they catch Covid-19 show exactly why we advise you to do so as soon as possible.”

Experts in pregnancy and women’s health, NHS leaders and ministers have been concerned at the number of mothers-to-be who have not been immunised, amid unfounded fears – partly fuelled by anti-vax campaigners – that getting jabbed could harm the mother, her baby or both.

Those given Ecmo treatment have often failed to respond after being placed on a mechanical ventilator. During the process their blood is extracted by a heart and lung machine, carbon dioxide is removed and oxygen added and then the treated blood is put back into their bodies in a last-ditch attempt to help them recover their lung function and breathe on their own again.

Dr Edward Morris, president of the Royal College of Obstetricians and Gynaecologists, backed NHS England’s call for all pregnant women to get fully vaccinated as an urgent priority.

The move comes as new peer-reviewed evidence published on Monday in the Journal of Maternal-Fetal and Neonatal Medicine shows that pregnant women with Covid-19 are more likely to suffer from gestational diabetes, lower white blood cell counts and heavier breathing during and after birth.

The disease can also increase the risk of newborns struggling to breathe, according to the study of 2,471 women by Dr Elior Eliasiof the Mayanei Hayeshua Medical Center in Israel. “Our findings support the importance of vaccinating all pregnant women at all stages of pregnancy,” he said.

Responding to the Ecmo figures, Sarah McMullen, director of impact and engagement at parenting charity NCT, said: “The news that unvaccinated pregnant women now make up nearly 20% of England’s most critically ill Covid patients is a damning indictment of the lack of attention given to this vulnerable group as restrictions have eased.

“It is absolutely understandable that pregnant women have questions and hesitations about vaccinations. We’ve been extremely disappointed to hear of so much misinformation and confusion about the vaccination programme and so little focus on what’s needed to keep vulnerable groups safe as restrictions have eased.”