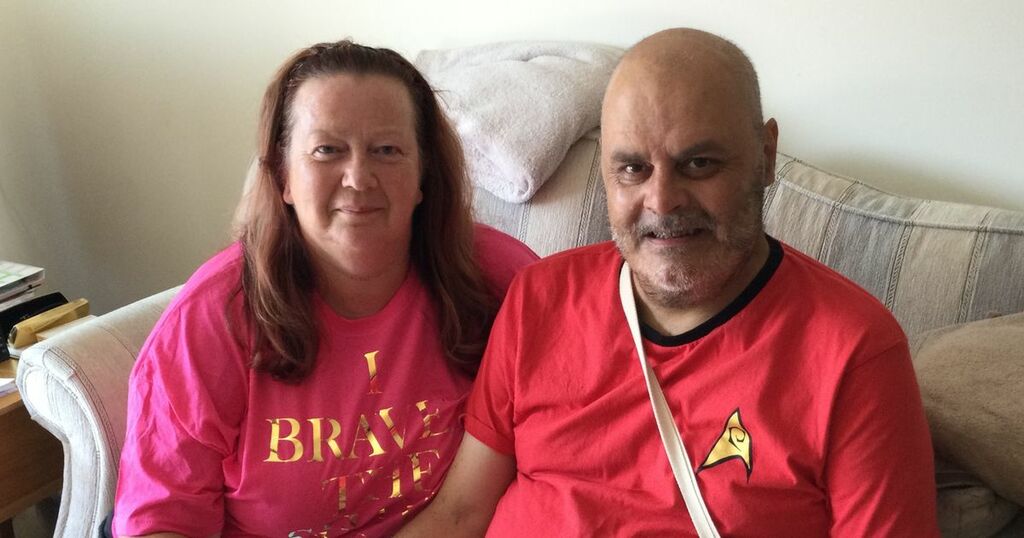 A "one in a million" husband died just three months after finding small lump in his neck.

Mick Maguire felt unwell and went to hospital three times before a lump the size of a "petit pois pea" was found.

The lump grew to the size of a fist within a week and the 57-year-old returned to hospital, where he was diagnosed with stage four lung cancer and was given just three months to live.

His wife of nine years, Fiona Maguire, of Lancashire, told the Liverpool Echo : "My husband started to get ill so I got him into hospital who said there was nothing wrong. It happened again the following couple of days and, after the third time in the hospital, they said it was a very, very small lump."

The 60-year-old continued: "Then, by the time we got to the Royal Liverpool University Hospital for his scan, then Broadgreen Hospital for the results, it had gone from a tiny lump no bigger than the size of a petit pois pea to the size of a fist in the space of seven days.

"We then found out it was stage four lung cancer and he had to go for palliative chemotherapy. He couldn't be operated on. It was too close to his heart, too close to his lungs and it was growing too fast.

"They gave him about three months if he had the chemo, which made him very ill, and unfortunately the last month he had he were in and out of hospice and hospital.

"We then sat down to discuss how we were going to raise money for Macmillan and Queenscourt hospice who were looking after him. I stupidly said that I'll have my head shaved."

Mick was diagnosed at the end of April. The medically retired civil servant then died on August 14.

It was on August 31, when Mick was cremated, that Fiona shaved her head to raise money for Macmillan and Queenscourt Hospice at the after party.

Fiona said: "I literally just got the three months with him before he passed away but in the meantime we had made plans, organised things, sorted out what his funeral would be like.

"I agreed to do his eulogy and have my head shaved, not at his wake, he wasn't having a wake, it was at his after party."

"We have a few friends who have children that've got Asperger's and of course they got on well with him because he knew how to behave with them, he knew what the problems were that set them off.