One dead, others missing in wake of Seth 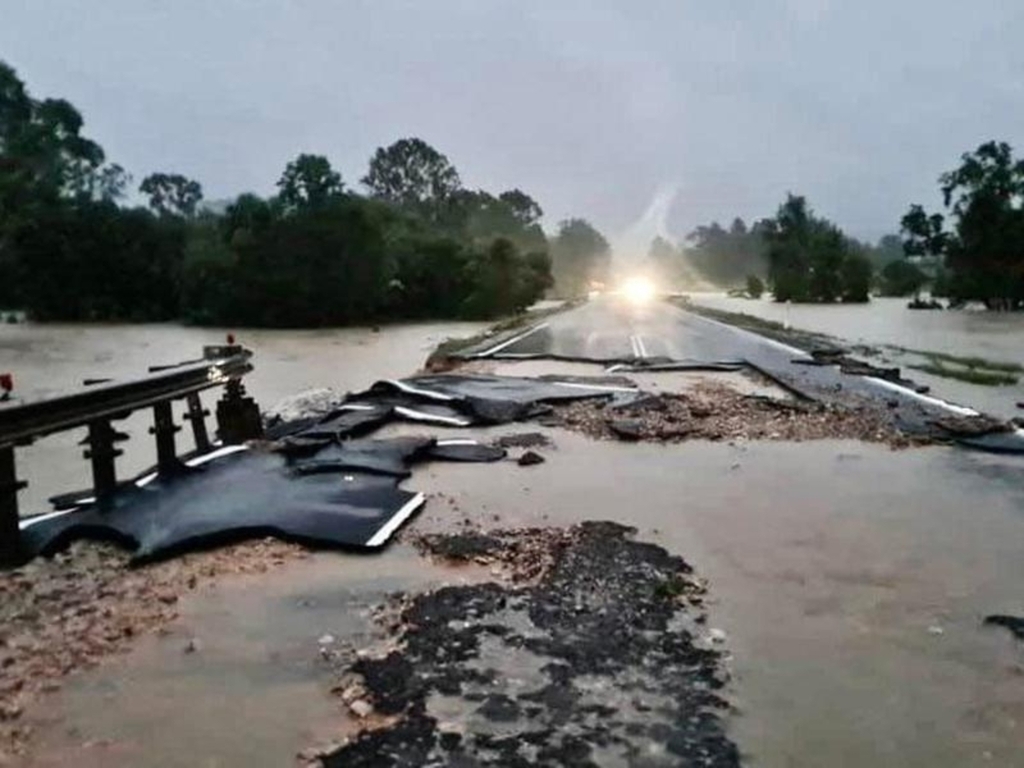 Former tropical cyclone Seth has claimed the life of a man trapped in a submerged vehicle north of Brisbane, while the whereabouts of up to 15 others are uncertain.

Police and emergency rescue teams were called after reports of a utility being swept into floodwaters on Cherry Tree Road near the Bruce Highway, at Kanigan, about 7.30pm on Friday.

An extensive response involving swift water crews ended when the body of the driver, a 22-year-old Sunshine Coast resident, was found inside the ute on Saturday morning.

"We are tragically reporting that there has been one person that is now deceased, was trapped in floodwaters," Queensland Premier Annastacia Palaszczuk told reporters at Kedron in Brisbane's north.

"We are praying that others are safe but we will be finding out further updates during the day."

Ms Palaszczuk said residents in the Wide Bay region had gone to extraordinary efforts to help one another after intense localised rain left some trapped in rising floodwaters.

"I can say that we do have a severe weather event at the moment," she said.

"I think everyone would know that we had ex-tropical cyclone Seth off our coast. It crossed over and has been sitting around this Wide Bay region and has not moved, is producing storms, and excessive rainfall.

More than 650mm of rain fell across the area overnight. State Emergency Service officials received more than 700 calls for help, while 31 swift water rescues were launched.

"Incidents are still being responded to," he said.

"Out of those 31 Swift water incidents, 18 remain open. We are having difficulty with access both on land and in air so we do urge community support in minimising to essential travel only."

Asked whether up to 15 people were unaccounted for, Mr Smith said efforts to access those whose whereabouts were uncertain were ongoing, with further updates expected during Saturday.

Meanwhile a tropical cyclone may be brewing further north in the wake of Seth.

The Bureau of Meteorology is keeping an eye on a monsoon trough in the Coral Sea that is threatening to develop into a tropical cyclone by Monday.

"There is a moderate chance of a tropical cyclone forming in the northwest of the Coral Sea," BOM hazard response co-ordinator Brooke Pagel told AAP.

The trough was set to develop into a tropical low and drift over the Cape York peninsula, intensifying when it enters the Gulf of Carpentaria.

"That's where we are expecting it to really ramp up and maybe form into a cyclone," Ms Pagel said.

It was thought Seth was petering out as it finally reached land after causing massive swells along the Queensland coast during the week.