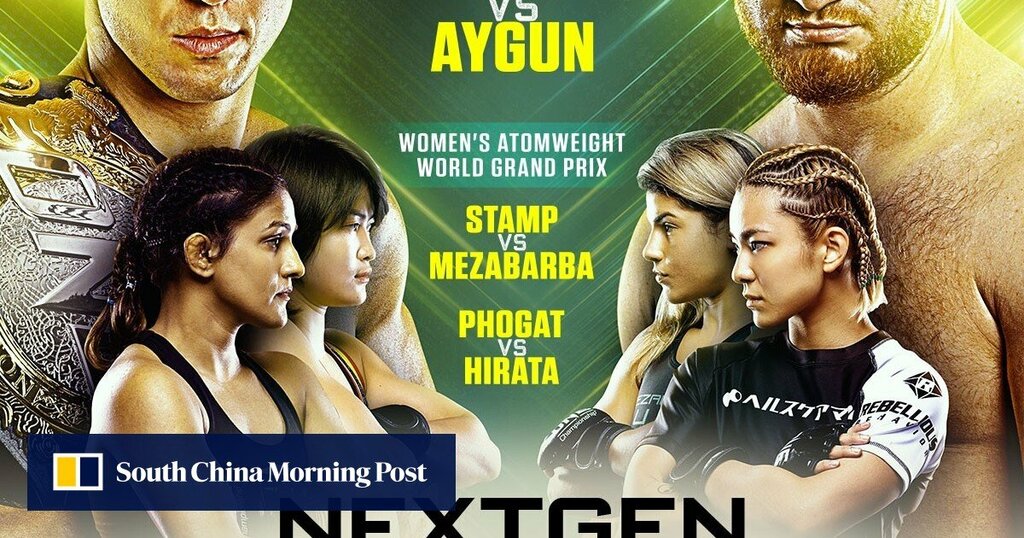 ONE Championship’s NextGen event will go ahead live on October 29 despite the recent surge of Covid-19 cases in Singapore threatening to delay the show.

The full card – which includes the semi-finals of the women’s atomweight MMA grand prix – was confirmed on Thursday, with Stamp Fairtex against Julie Mezabarba, and Itsuki Hirata battling Ritu Phogat.

The show will kick off with a light heavyweight kickboxing bout between Beybulat Isaev and Bogdan Stoica, before some strawweight MMA action between Miao Li Tao and Jeremy Miado.

The truncated live card will be preceded by a series of bouts which will be recorded and spread across two pre-taped events, to be broadcast in November.

ONE: Thanh Le tells Tonon ‘we’re gonna F each other up’ in title fight

Tang Kai will take on Yoon Chang Min in a featherweight MMA bout in the co-main event, with the rest of the card to be announced at a later date.

There are only two fights announced so far for November 26’s NextGen III, as well. Lito Adiwang will fight Jarred Brooks in a strawweight MMA clash in the main event, with Alaverdi Ramazanov taking on Pongsiri PK. Saenchai Muaythaigym in a bantamweight Muay Thai co-main.

ONE will return to live action at the Singapore Indoor Stadium with December 5’s 10th anniversary show, ONE: X.