Once a powerful symbol in Russia, McDonald's withdraws

Two months after the Berlin Wall fell, another powerful symbol opened its doors in the middle of Moscow: a gleaming new McDonald’s.

It was the first American fast-food restaurant to enter the Soviet Union, reflecting the new political openness of the era. For Vlad Vexler, who as a 9-year-old waited in a two-hour line to enter the restaurant near Moscow’s Pushkin Square on its opening day in January 1990, it was a gateway to the utopia he imagined the West to be.

“We thought that life there was magical and there were no problems,” said Vexler, a political philosopher and author who now lives in London.

So it was all the more poignant for Vexler when McDonald’s announced Monday it will sell its 850 Russian stores and exit the market in response to Russia’s invasion of Ukraine. McDonald's said it's the first time in the company's history that it has left a major market.

McDonald's said it will look for a buyer who will employ its 62,000 Russian workers, and will continue to pay them until a sale is finalized.

McDonald’s entry into the Soviet Union began with a chance meeting. In 1976, McDonald’s loaned some buses to organizers of the 1980 Moscow Olympics who were touring Olympic venues in Montreal, Canada. George Cohon, then the head of McDonald’s in Canada, took the visitors to McDonald’s as part of the tour. That same night, the group began discussing ways to open a McDonald’s in the Soviet Union.

Fourteen years later, after Soviet laws loosened and McDonald’s built relationships with local farmers, the first McDonald’s opened in downtown Moscow. It was a sensation.

On its opening day, the restaurant’s 27 cash registers rang up 30,000 meals. Vexler and his grandmother waited in a line with thousands of others to enter the 700-seat store, entertained by traditional Russian musicians and costumed characters like Mickey Mouse.

Vexler saved money for weeks to buy his first McDonald’s meal: a cheeseburger, fries and a Coca-Cola. The food had a “plasticky goodness” he had never experienced before, he said.

Karl Qualls, a history professor at Dickinson College in Carlisle, Pennsylvania, was a student in Moscow shortly after the first McDonald's opened and used to marvel at the long lines outside.

“It would cost a day’s wages for an average Russian citizen to have a big meal like that. It was a prestige destination," he said.

Qualls said McDonald's also helped raise standards for service __ which was notoriously surly __ and food quality in the Soviet Union. McDonald's set up its own farms and food production facilities and trained staff to smile and welcome guests.

“It was a real transformation,” he said. “It had a reach that’s far beyond the 850 stores that they have today.”

McDonald’s entry into the Soviet Union was so groundbreaking it gave rise to a political theory. The Golden Arches Theory holds that two countries that both have McDonald’s in them won’t go to war, because the presence of a McDonald’s is an indicator of the countries’ level of inter-dependence and their alignment with U.S. laws, said Bernd Kaussler, a political science professor at James Madison University in Harrisonburg, Virginia.

That theory held until 2014, when Russia annexed Crimea, Kaussler said.

Now, those arches are coming down in Russia. McDonald's said it's removing signage and won't allow the potential buyer to serve its menu. McDonald’s said it will keep its trademarks in Russia and will take steps to enforce them if necessary.

Vexler said many Russians __ fed by government propaganda __ believe Western companies won't really leave, or will reopen as soon as there's a ceasefire. It will take some time, he says, for the realization of Russia's isolation to sink in.

“At the moment, there is a lot of denial. And a feeling of helplessness, that if one were to oppose the war, there is nowhere constructive to take that opinion," he said.

Still, Vexler says he is optimistic that younger Russians won't accept isolation from the West and its economic consequences.

In a letter to employees Monday, McDonald’s President and CEO Chris Kempczinski left open the possibility that McDonald's might be back someday.

“It’s impossible to predict what the future may hold, but I choose to end my message with the same spirit that brought McDonald’s to Russia in the first place: hope," he said. “Thus, let us not end by saying, ‘Goodbye.' Instead, let us say as they do in Russian: Until we meet again." 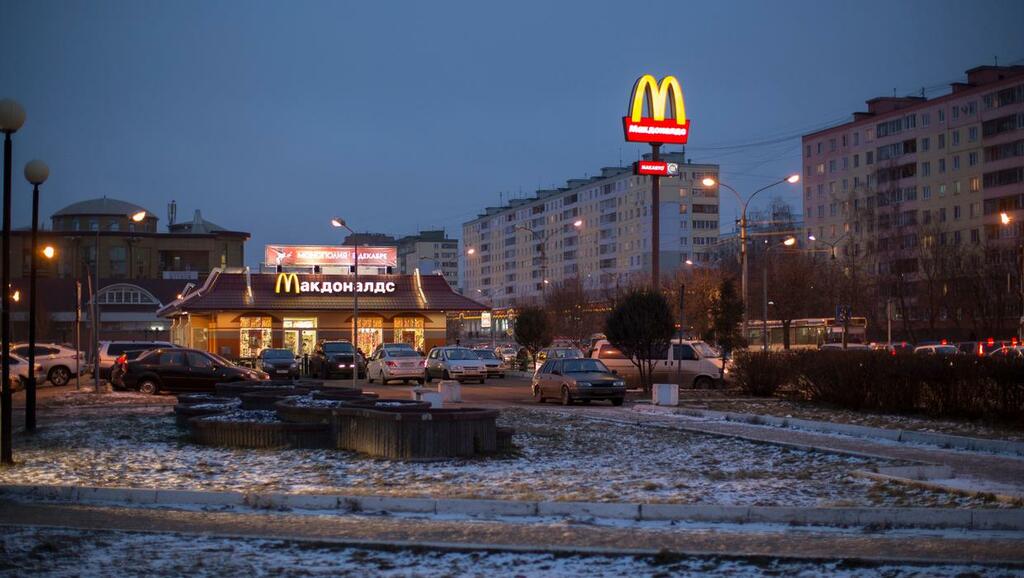 The Independent UK
McDonald's to sell its 850 restaurants in Russia