About bloody time. The final full day of the election campaign, no more cursed “hole in your bucket” ad, no more glib soundbites and staged photo-ops, no more rubbish about “costings” and… you get the drift. Your correspondent is tired. Both campaigns are tired. Voters are tired. Let’s never do a six-week campaign again, please.

Anyway, today kicked off with the quaint tradition of pre-election editorials. Predictably, The Fin, and all the News Corp papers barring the NT News, backed the Coalition. The Sydney Morning Herald, The Age, The Canberra Times and Guardian Australia all offered degrees of support to Labor.

But there was more troubling news for Prime Minister Scott Morrison in The Australian — an election-eve leak suggesting Foreign Minister Marise Payne’s push for more aid in the Pacific had been stymied by the national security committee of cabinet.

Over on the hustings (a word we fortunately won’t have to consider again for some time after tomorrow), things followed a predictable rhythm, as both Anthony Albanese and Scott Morrison sprinted frantically towards the finish line. Albanese — who can sniff The Lodge (but could spectacularly fall at the final hurdle just like Bill Shorten did last time, so nobody is getting too confident) — was joined by former prime minister Julia Gillard in Adelaide.

Interestingly, the Labor campaign dropped in on Sturt, a seat on a 6.9% margin — perhaps a sign of that growing sense of confidence. Albanese promised to visit four states today, and was on his third coffee by the time he and Gillard met around mid-morning.

Morrison, who yesterday afternoon dropped in on Werriwa in Sydney Labor heartland (either a bit of trolling or evidence of his innate feelings about the outer suburbs turning blue), was out west trying to sandbag the at-risk Perth seats.

It followed the pattern of his campaign this week. With Jenny in tow, the prime minister spent the morning looking at more suburban housing estates (how good!), an optical reference to the “super for property” Hail Mary the government hopes will get it over the line.

His morning press conference was typically evasive, but as we’ve learnt throughout this campaign, Morrison dodges questions (or in some cases refuses to answer them) more authoritatively than Albanese, and thus doesn’t always cop the same histrionics.

He wouldn’t confirm or deny questions about that Marise Payne cabinet leak story. When asked about the Murugappan Tamil asylum seeker family, who he yesterday said was not owed protection by Australia, Morrison pointed out that people smugglers were apparently sitting in Indonesia and “starting to get ready if a Labor government is elected”.

And when asked about his weird flip-flopping on whether or not he is a bulldozer, Morrison accused the journalist (The Guardian’s Paul Karp) of actually being the bulldozer. It was all a bit weird.

But that’s where we are in the campaign. After six long weeks, those of us who’ve been watching religiously have heard all the stump speeches and attack lines many times before. Tomorrow, we’ll finally know which ones worked. 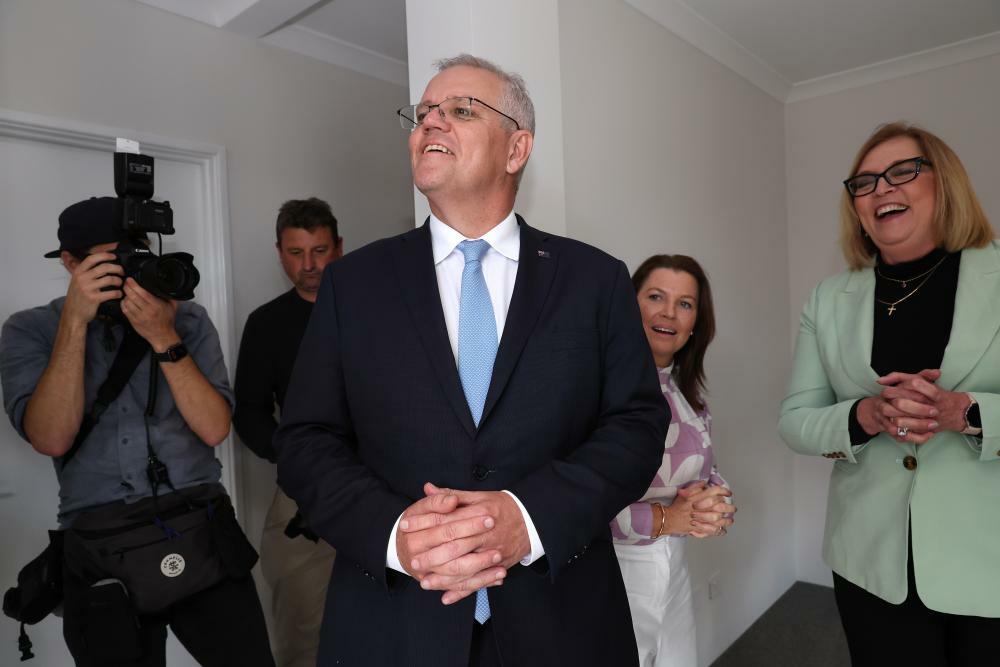