On Brexit, ministers are dodging reality and responsibility 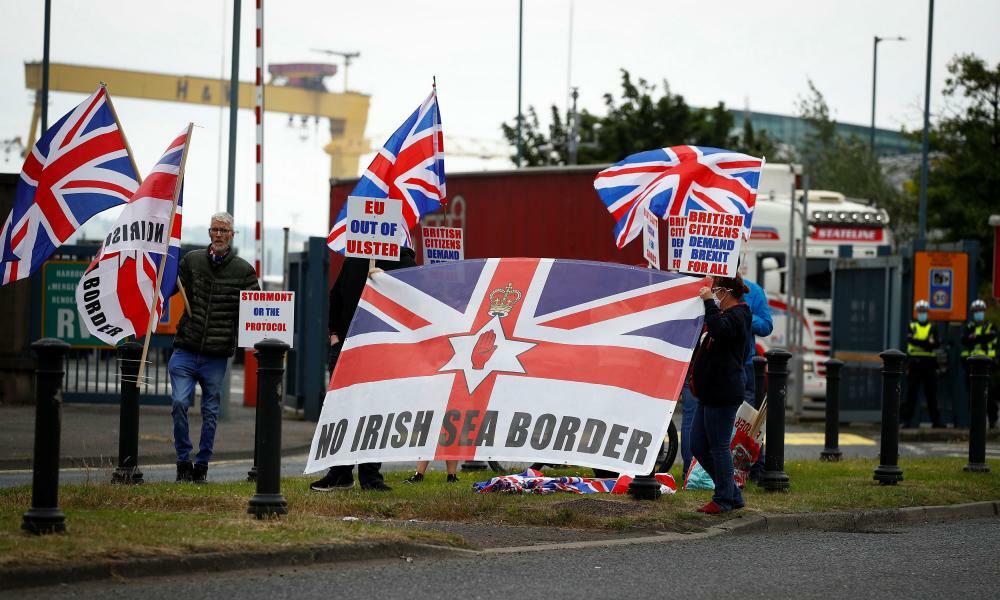 Here we go again – Lord Frost looking to control the news narrative, blaming the EU for implementing the Northern Ireland protocol that he negotiated and which was duly agreed by the government and signed off by parliament less than a year ago (David Frost: Irish Sea row risks damaging UK-EU relations long term, 4 September).

When will the UK accept that the UK-Irish border is also an EU border and that the EU is actually required to have border controls to protect it from all manner of potential dangers? When will the UK government accept that this is simply an unavoidable negative consequence of Brexit? And when will Boris Johnson, Frost et al accept that the expectation in global diplomatic circles is to implement protocols that you have agreed?

If the UK government doesn’t like how Brexit has turned out for Northern Ireland, it could either negotiate a united Ireland that sits wholly within the EU, or negotiate for readmission to EU economic and trade rules. Adrian WardLe Bez, France

• Simon Jenkins blames Boris Johnson for his commitment “to depart Europe’s customs union and single market” (Boris Johnson’s biggest lie about Europe is finally coming home to roost, 6 September). But Theresa May had already insisted on an end to freedom of movement, thus ending any prospect of remaining in the single market, in early 2017. This choice was endorsed by Jeremy Corbyn and remains both Tory and Labour policy today. Under Keir Starmer, Labour even voted for Johnson’s “oven-ready” Brexit deal.

Johnson can be blamed for his government’s failure to plan for the impact of leaving the single market. But both main parties collaborated in creating Brexit and share responsibility for the predictable and inevitable consequences. Chris Webster Gümligen, Switzerland

• Since the UK has now left the EU, couldn’t Boris Johnson fund his social care plan with the £350m a week – £18.2bn a year – that he said in 2016 would be available for the NHS as a result of Brexit? Andrew Smith London