Omicron may hit countries wrecked by Delta, top US expert on chances of reinfection. Read here 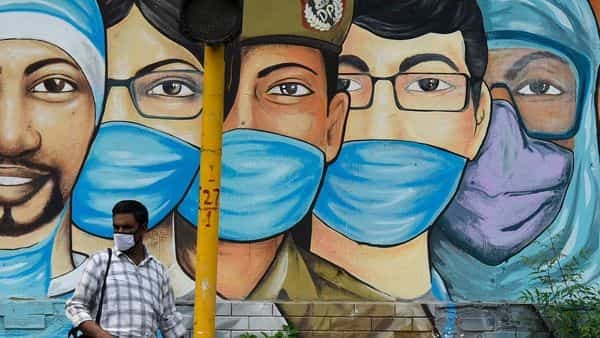 Amid the enormous rise of Omicron cases, US-based top infectious disease expert Dr Faheem Younus warned that even the countries that were hard hit by the Delta can also face the wrath of the new variant. He further pointed out though the chances of deaths will be less this time, hospitals could get flooded easily.

The comment comes in response to an article published in the Guardian that said the Covid reinfections reported in Spain in the last two weeks have surpassed the total reinfection since the start of the pandemic.

The data also revealed that the risk of reinfection with Omicron to be 5.4 times greater than with Delta.

Hospitalization/death should be lower. Thanks to immunity due to vaccines and prior COVID infections. But hospitals could get flooded easily…

The number of Covid reinfections reported in Spain in the past fortnight has exceeded the total number of repeat infections documented during the rest of the pandemic, the article said

While the bulk of cases appeared to be mild, the number is higher than the 17,140 cases of reinfection documented from the start of the pandemic to 22 December. The Spanish data includes both confirmed and suspected reinfections, the article also pointed out.

Researchers attributed the growing number of repeat infections to the fast-spreading Omicron variant. “Prior to this variant, reinfections were anecdotal at the global level," the immunologist Prof Alfredo Corell, from the University of Valladolid, told the Spanish news site Nius. “Omicron has changed this paradigm."

The Spanish data adds to previous research that has linked Omicron to an increase in reinfections. A report released by researchers at Imperial College London in mid-December estimated the risk of reinfection with Omicron to be 5.4 times greater than with Delta, it said.