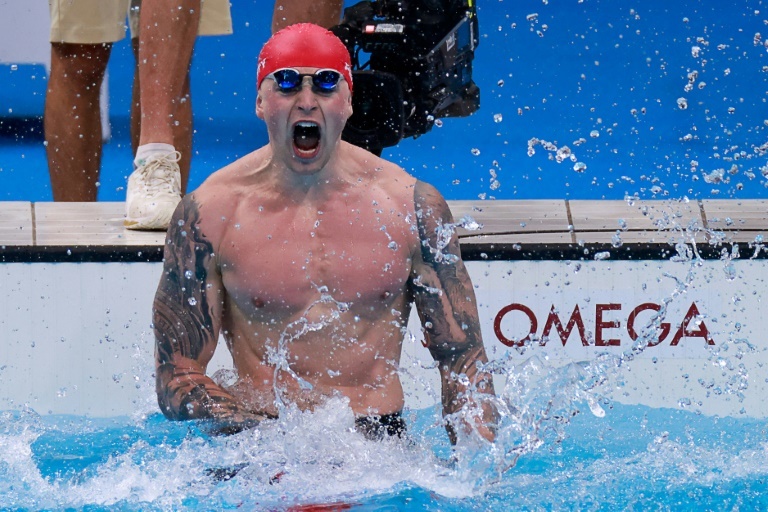 He hopes to be fit in time for the Commonwealth Games in Birmingham.

Sylvan Adams has been investing in the sporting infrastructure of Israel for many years now, and his support will enable…

Evening Standard
Read news from The Economist, FT, Bloomberg and more, with one subscription
Learn More
World of football unites in support for Jake Daniels after he comes out as gay

Olympic star Adam Peaty has been forced to pull out of next month’s swimming FINA world championships in Budapest. The three-time Olympic gold medallist suffered a freak foot fracture while training in Tenerife.

He was aiming for a historic 'quadruple double' of world breaststroke titles at the event, having won the 50m and 100m crowns in 2015, 2017 and 2019. The 27-year-old took to Twitter to announce the news and expressed his devastation following the setback.

“Earlier this week whilst training in the gym, I fractured a bone in my foot. I have been advised to rest for 6 weeks, which unfortunately takes me out of contention for the FINA World Championships in Budapest next month,” he wrote. "I've fortunately never had to deal with an injury in my swimming career so this is a real blow and a new challenge for me.

“I'm already in great hands and starting to recover but, honestly, I'm devastated. I work extremely hard and have dedicated my life to my training so I can be the absolute best I can be in the pool. I was on track for a huge summer so, like when anything doesn't go according to plan, it's a really challenging time.

“I’ll never shy away from a challenge but, on this one, I've got to use my head more than my heart.” Peaty, who is the first British swimmer ever to retain an Olympic title, is flying back from the training camp on the Spanish island on Wednesday.

"I won't compromise my recovery and I will use this time to reflect on what the sport means to me and what it feels like to watch someone else win a race I should be in - it's not going to be easy," he added. The 50 metre and 100 metre breaststroke world record holder is now fighting to compete at his home Commonwealth Games, which commences in July.

"I will be back in the pool as soon as I can be, with my focus now on recovering and building up my strength ahead of the Commonwealth Games this summer," he added.

Peaty is the first swimmer ever to win both sprint breaststroke events at the same World championships, and the most successful British swimmer in a single World Championships. He will hope to add more gold to his glittering CV at this year's Commonwealth Games.

He hopes to be fit in time for the Commonwealth Games in Birmingham.

Sylvan Adams has been investing in the sporting infrastructure of Israel for many years now, and his support will enable…