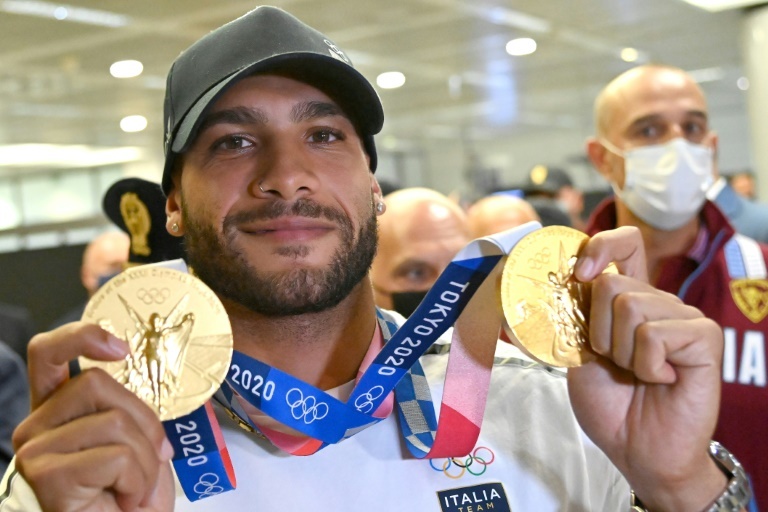 Milan (AFP) - Olympic 100 metre champion Lamont Marcell Jacobs has hit back at insinuations his stunning gold medal success at the Tokyo Games was due to doping.

In an interview with daily Corriere Della Sera published on Friday, the Italian said doubts about the validity of his shock win were fuelled by jealousy.

"I'm not even bothered by the gratuitous malice about doping," said Jacobs.

"In life there is always going to be someone who, having not made it themselves, will refuse to believe in the good faith of those who have made it.

"I don't get jealous, only competitive.If someone else succeeds I want to succeed as well."

Almost unknown a year ago, the Texas-born 26-year-old claimed gold in the 100m and the 4x100m relay at this summer's Olympics.

Eyebrows were raised in some quarters about Jacobs' performance, as before 2020, he had never broken the 10-second barrier.

His stunning individual victory was achieved in a European record of 9.80sec.

After the Games Jacobs said he was ending his season immediately, passing up the chance to appear in lucrative Diamond League meetings, and would make his return in 2022.