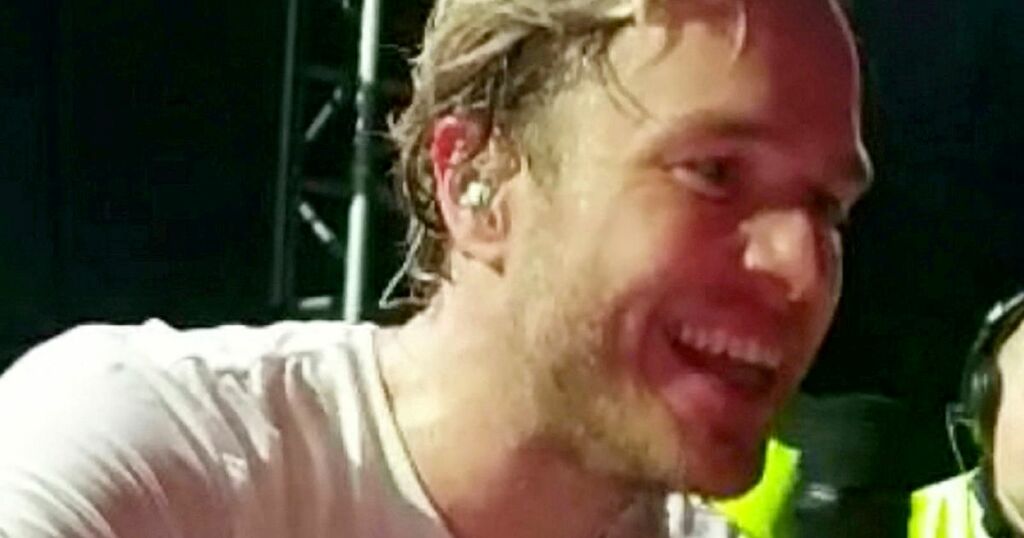 Olly Murs temporarily paused his concert to personally thank a fan with Down Syndrome who knew the lyrics to all of his songs.

The star was performing at Colchester Castle Park when he noticed the fan was singing along to every single word of his tracks.

The 37-year-old jumped off the stage to thank him and then high-fived loyal fan Samuel.

Speaking to Samuel, Olly said: "How are you doing Samuel? It has been so lovely, you sang every word and danced to every song. Are you enjoying it?"

"I had to say hello, great guy Samuel," he added as he returned to the stage.

It comes after the singer stopped a concert recently to check on a fan who was having an epileptic seizure.

Olly ensured 14-year-old Abbie was safe and stable before allowing the show to continue.

After talking to medical staff, he returned to the stage and said: "See you later babes stay safe, lots of love," while she was being wheeled away.

Abbie's mum, Mel, praised the singer after Olly finished his song and talked to medics about her safety.

Speaking to Metro.co.uk, she said: "They got her a chair and moved her towards the stage through the barrier. At this point, Olly came down off the stage, came over to my daughter and asked her if she was okay, told her not to cry, asked her if she had had a nice time, and thanked her for coming.

"He then told her he hopes she feels better soon, all the time holding her hands."

Abbie’s mum Mel took to Twitter after the concert to thank Olly for his kind gesture, and the former X Factor star personally replied, sending the poorly teenager his well wishes.

"@ollymurs thank you for coming down off the stage to talk to my daughter after she had a seizure tonight. You really are so kind and you made her night xx,” she wrote.

The singer retweeted Mel’s message, and wrote: "Oh god I hope she is ok!! Do send her my love x."

His fans were overwhelmed with his touching response and heaped praise on him for making sure the young fan was doing okay following the scary incident.

"You have a heart of absolute gold and testament to why you’re still doing what you do best after 11 years,” one wrote on Twitter, while another said: "This is the reason I love Olly Murs and Take That as they aren't stuck up and they appreciate what they have achieved. Hope your daughter is OK and that was such a lovely thing to do."