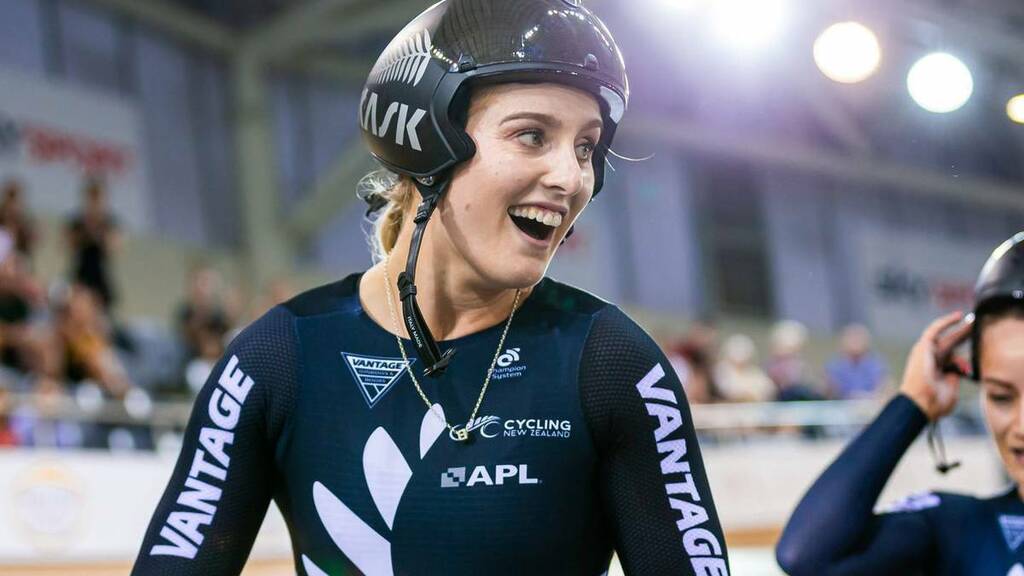 Warning: this story is about mental health issues and could be triggering for some readers

Olympic cyclist Olivia Podmore was paid a $20,000-plus sporting grant for welfare reasons, the Herald can reveal.

Several Cycling NZ teammates told the Herald that awarding Podmore - who died in a suspected suicide in August - a 2018 Performance Enhancement Grant (PEG) when she did not compete at the World Championships that year was unprecedented.

One Cycling NZ athlete told the Herald they were "gobsmacked" when they heard High Performance Sport NZ (HPSNZ) had offered the money to Podmore for a reason other than performance on the track.

Olympic silver medallist Eddie Dawkins claimed that before Podmore's death, he had never once heard Cycling NZ talk genuinely about mental health concerns in his decade with the organisation.

"In my whole career, no one's been given money just for the sake of giving it to them," Dawkins said.

"Like at the Olympics we got second and we got a pay cut because that was a pinnacle event and we'd won the world champs the year before, so in terms of just giving out money for the sake of it, it seems pretty rubbish.

"They don't give out money for how you feel, ever."

The Herald has previously reported that Podmore was allegedly pressured to lie by Cycling NZ during a 2018 investigation into the culture of the organisation. In a social media post before her death on August 9 she spoke of a "cover-up" at Cycling NZ and High Performance Sport NZ.

The Herald has also been told there are several Cycling NZ athletes who have signed non-disclosure agreements in the past to not speak publicly about the sporting organisation, although it is not clear if Podmore was one of them.

A source close to Podmore said the Rio 2016 Olympian was eager to speak to the media in the week before her death and a self-imposed pressure had been "mounting" over the last year to "blow the lid" on issues troubling her.

"Olivia's had so many issues the last three years, and especially around selection, she couldn't even speak out. And I think that's been a big thing. Obviously, she's had to tread very lightly," the source said.

A HPSNZ spokesperson said the organisation was unable to make further comment on the circumstances surrounding Podmore's death while a coronial inquiry was under way and after an independent investigation into culture at Cycling NZ had been commissioned on August 19.

The spokesperson said HPSNZ and Cycling NZ were "fully co-operating with" both inquiries.

Dawkins said the strain on Podmore in the years since the 2018 Michael Heron report must have weighed heavily.

"I feel like for a young impressionable athlete that you've been [allegedly pressured] to lie to a lawyer [Heron] about your involvement with something - it would be hard," Dawkins said.

"You'd be nervous as s*** and she's not like a hardened criminal or anything that can just go up there and say it with a straight face. I bet you it was really tough, and that stuff weighs on you. And if you're starting to get left out of teams and all these things start to add up.

"You're like, 'Well I've been doing everything right, I did what they asked me to do, you know, and now I'm still on the outside.' Like it would have been better for her to be on the outside three years ago but actually say the truth, you know."

It is also understood that athletes have been sent emails by Cycling NZ telling them not to make social media posts about Podmore's death.

Sources have told the Herald there are still issues with the management of Cycling NZ, with some athletes critical of the behaviour of some of the coaches.

It is also understood that Podmore's partner in the team sprint event, Natasha Hansen, was in a legal dispute with Cycling NZ and HPSNZ for several months during 2020 over the selection process for the Tokyo Olympics. Hansen did not compete. The legal costs were in the hundreds of thousands of dollars.

Cycling NZ teammates claim they believe Podmore was unfairly stepped over for selection for two separate places on the NZ Tokyo Olympic team.

Neither Podmore nor Hansen was selected in the women's sprint event, which they both specialised in.

In addition to this selection snub, it is understood Cycling NZ was offered a late Olympic start in the women's team sprint because another team had withdrawn and New Zealand were the first reserve but Cycling NZ did not take up the offer.

"Liv was a real opportunity in the sprint and the keirin, and they would have made a good show of it in the team sprint, you know," Dawkins said.

"She was physically capable of riding a really good time and they left her out of the selection because they just left out the team sprint. They gave it to someone else."

The Mental Health Foundation says that in general suicide is a complex issue and "there is no single pathway that leads to someone taking their own life".

HPSNZ chief executive Raelene Castle previously said Podmore's death had raised serious questions about athlete wellbeing since the Tokyo Olympics that must be acted upon.

"Olivia's death has focused our attention once more on the complex issues surrounding athlete welfare and wellbeing, issues that the system has grappled with across a number of years. Our priority is to ensure we understand what has happened and what more can be done," Castle said.

HPSNZ said it encouraged anyone who has complaints or allegations in relation to Cycling NZ to contact the Sport and Recreation Complaints and Mediation Service at sportsmediationservice.org.nz

What the Heron report found

• The Heron review was commissioned by HPSNZ in 2018 after allegations of bullying, inappropriate behaviour, inappropriate personal relationships, a drinking culture, lack of accountability and lack of follow-up.

• The independent review was conducted by Michael Heron, QC, who interviewed current and former athletes, coaches, support staff and consultants of Cycling NZ and HPSNZ.

• In his findings, Heron said: "The allegations which emerged in the media recently are well-founded. They reflect a culture in the programme of a lack of consequences for poor behaviour, a lack of accountability and sub-optimal leadership."

• The report found that the poor behaviour lay with a small number of individuals at Cycling NZ and questioned whether the high-performance system "adequately protects the welfare of athletes".

• Heron was satisfied an "inappropriate personal relationship existed between the coach and a female athlete". An "old boys' club" that prevented accountability for poor coach behaviour was also found.

Where to get help: