Olivia Newton-John, the musical star who found enduring fame for her leading role in the film Grease, has died aged 73. The news was confirmed by her husband.

In a statement posted on social media, Olivia Newton-John’s widower John Easterling said: “Dame Olivia Newton-John (73) passed away peacefully at her Ranch in Southern California this morning, surrounded by family and friends. We ask that everyone please respect the family’s privacy during this very difficult time.

“Olivia has been a symbol of triumphs and hope for over 30 years sharing her journey with breast cancer.

“Her healing inspiration and pioneering experience with plant medicine continues with the Olivia Newton-John Foundation Fund, dedicated to researching plant medicine and cancer.”

In 2017, Newton-John revealed the breast cancer she had first suffered in 1992 had returned and had spread to her spine. She also revealed she’d had a second cancer diagnosis in 2013 but had kept it quiet. She said she believed she would “win over it” and called upon her native Australia to adopt the laws of the US state where she then lived, California, to allow the medicinal use of marijuana.

“My dream is that, in Australia soon, it will be available to all the cancer patients and people going through cancer that causes pain,” she said, adding that though she had moments of despair, she had had “an incredible career” and “nothing to complain about”.

A cause of death has not yet been confirmed.

Tributes to Newton-John began appearing shortly after her family’s statement.

Travolta posted a heartfelt message on social media, writing: “My dearest Olivia, you made all of our lives so much better. Your impact was incredible. I love you so much. We will see you down the road and we will all be together again. Yours from the moment I saw you and forever! Your Danny, your John!”

Newton-John’s daughter, Chloe Lattanzi, paid tribute to her mother with a selection of images on Instagram, including pictures of Lattanzi as a baby.

After her first cancer diagnosis, Newton-John became a prominent campaigner, setting up the Olivia Newton-John Cancer and Wellness Research Centre in Melbourne. Her prominence as an activist for research and better treatment will likely remain as key an element of her legacy as her showbiz career, which included four Grammy wins and the sale of more than 100m records.

But it was Grease, the perky 1978 adaptation of the Broadway musical for which she will be most fondly remembered. Offered the lead role of Sandy, sweet summer squeeze of cool cat John Travolta, after meeting the producer at a dinner party, the then 29-year-old Newton-John had to be persuaded to take the part, worried she was too old to play a high-school senior. The role was also altered to accommodate her Australian accent.

Grease was the biggest box-office hit of the year, and its soundtrack album spent 12 consecutive weeks at No 1 in the US. Newton-John’s performance was nominated for a Golden Globe and she performed Hopelessly Devoted to You at the 1979 Oscars.

The film remains a much-loved staple of the small screen and the singalong circuit; its soundtrack is one of the top 10 biggest sellers of all time.

Born in Cambridge, England, in 1948, Newton-John and her family emigrated to Melbourne, Australia, when she was six. Yet she remained proud of her roots: her father was an MI5 officer who worked on the Enigma project at Bletchley Park during the war; her maternal grandfather was the Nobel prize-winning physicist Max Born, who sought exile in the UK from Nazi Germany on the eve of the second world war.

At 14, Newton-John began her professional singing career, recording her first single in 1966 on a return trip to England, and her first solo album, If Not For You, in 1971. A brief career dip followed the album’s initial acclaim, before Newton-John represented the UK in the 1974 Eurovision song contest; her song, Long Live Love, finished equal fourth behind Abba’s winning Waterloo. Then followed a period of singing and recording country music, before she was cast in Grease.

The transformation her character undergoes in the film – from a strait-laced sweetheart to a spandex-clad goer – inspired a similar swerve in Newton-John’s musical career, culminating in her 1981 album Physical. A second collaboration with Travolta, on the 1983 film Two of a Kind, flopped, but the pair remained close friends through the following decades, and most recently sang together in 2012.

A number of musical comebacks met with varying levels of success over the last four decades, which were also spent battling illness, raising a daughter, Chloe, and campaigning in the fields of health, the environment and animal rights.

“Cancer was enlightening,” she told the Observer in 2012. “When you’re ill, it doesn’t matter if you have all the money in the world – it makes no difference. I feel very blessed to have been given the chance to live.” 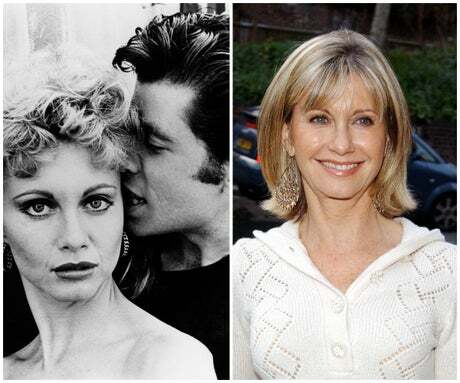 Evening Standard
From analysis to the latest developments in health, read the most diverse news in one place.
Grease star Dame Olivia Newton-John dies aged 73

The British-born singer died ‘peacefully’ at her ranch in Southern California on Monday morning, surrounded by family and friends.

Asharq Al-Awsat
One place to find news on any topic, from hundreds of sites.
Grease star Olivia Newton-John dies aged 73 of breast cancer

Dame Olivia Newton-John has died at the age of 73 following over 30 years of living with breast cancer. The…