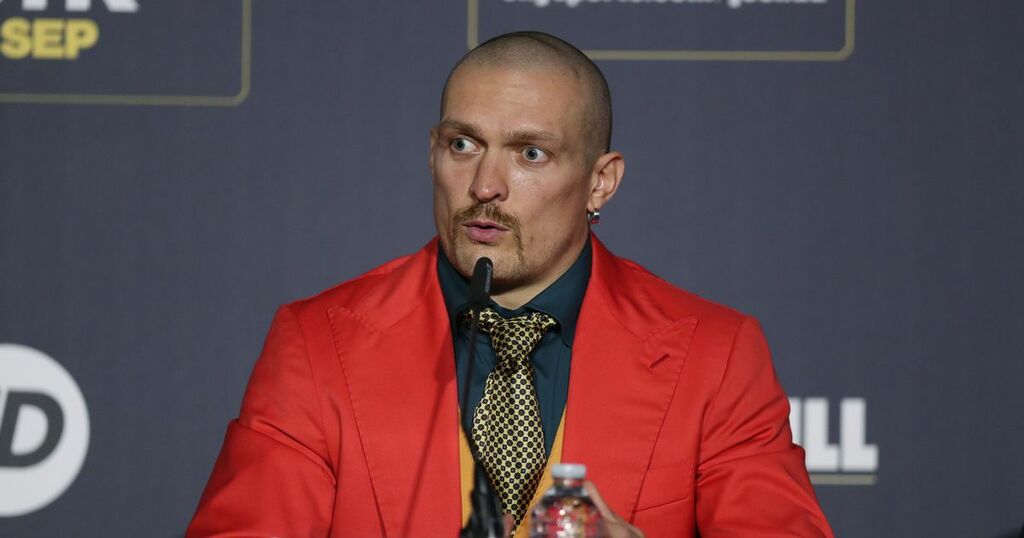 Oleksandr Usyk refuses to pick a winner between Tyson Fury and Deontay Wilder, insisting he’ll take on either boxer following their trilogy fight.

The pair face each other for the third time in Las Vegas this weekend, with Fury looking to defend the WBC belt he claimed from Wilder last year with a seventh-round stoppage.

Whoever wins the fight on this occasion will no doubt have eyes on a unification bout with Usyk, who now holds the WBA, IBF and WBO belts after beating Anthony Joshua last month.

The Ukrainian will be watching on with interest, and has already talked up the potential of taking on the winner from this weekend’s trilogy bout.

Usyk looks set for a rematch with Joshua next year as AJ looks to reclaim his titles, and there is already plenty of speculation as to what could be in the future for all four fighters.

“I will definitely watch,” Usyk told DAZN. “I don’t think too much about who wins. It will be a good fight.

“Don’t write Deontay Wilder off since he always has the knockout punch.

“I will watch it for sure and I am curious who wins.

“I will fight with whoever holds the last belt. I don’t care if it is Wilder or Fury.”

Despite his obvious interest in this weekend’s events in Vegas, Usyk is refusing to throw his weight behind either fighter.

When pushed for a prediction, Usyk stood firm: “No, I am not good at making predictions.

“The only prediction I give you is that I’ll have a fantastic dinner tonight.”