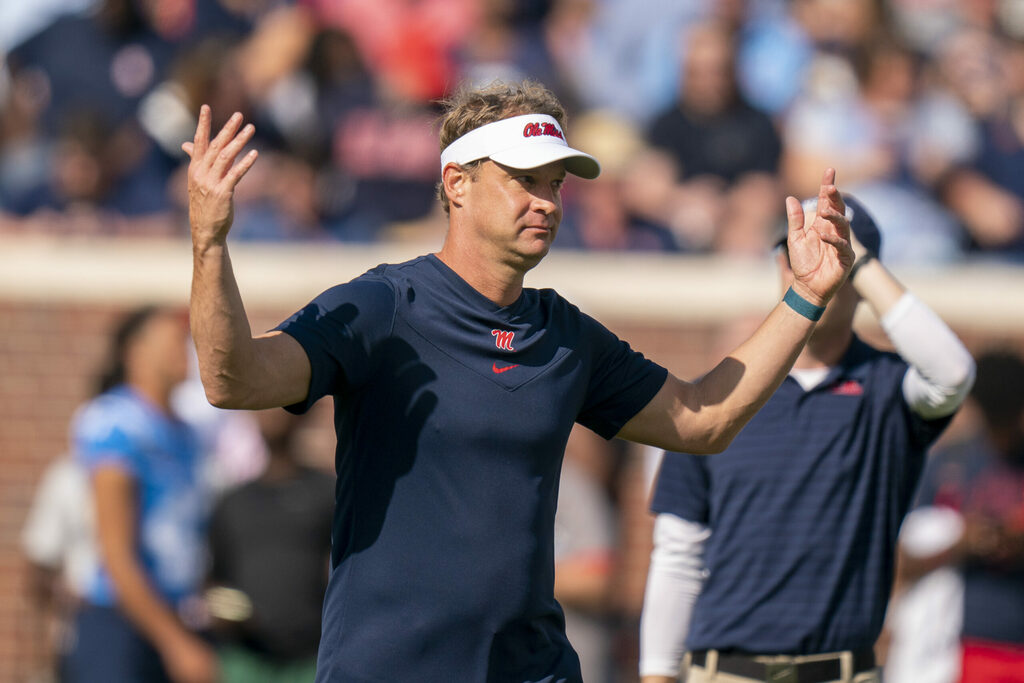 Arkansas and Ole Miss put on a scoring show in Oxford, Mississippi, on Saturday.

The game wasn’t decided in 60 minutes, although overtime was not needed.

The Razorbacks got a 9-yard touchdown pass from KJ Jefferson to Warren Thompson on the final play of regulation to draw within 52-51.

Arkansas coach Sam Pittman decided to go for the SEC victory on the road.

It was a gutty call but one that didn’t pay off as Jefferson’s pass was incomplete.

WHAT A FINISH IN OXFORD!

Arkansas went for the win, but fell just short on the 2-point conversion at Ole Miss.

Had the ball been caught it would have not counted, anyway. In the midst of the confusion with Ole Miss players celebrating, the referee finally was able to announce the Razorbacks had an ineligible player downfield.

The penalty was declined, of course, and Lane Kiffin had a 52-51 victory.

The schools combined for 1,287 yards of offense.

And it all came down to one untimed play.

Lane Kiffin to ESPN: “Finally we can go have some popcorn.”