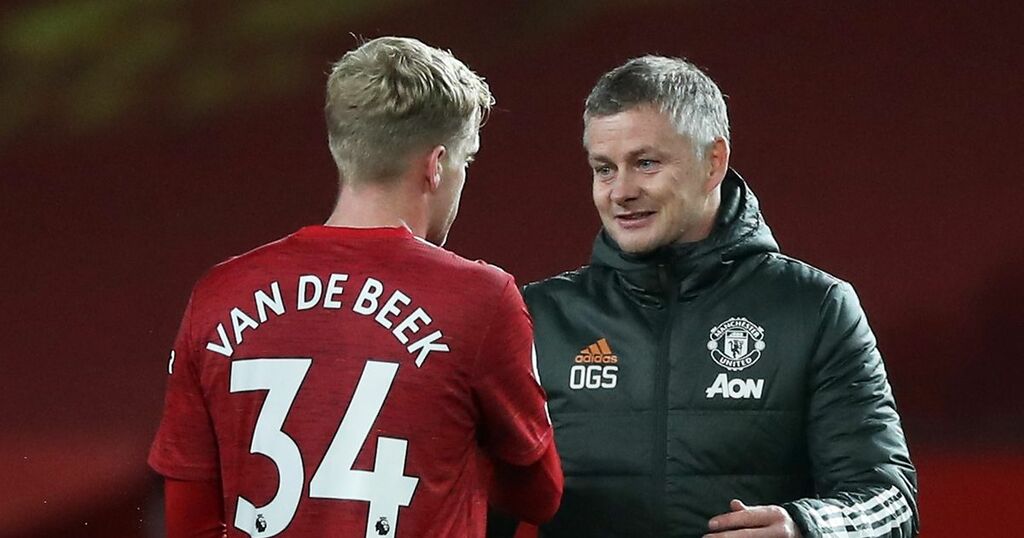 Ole Gunnar Solskjaer will make a decision this weekend that could make or break Donny van de Beek.

Manchester United will face Newcastle at Old Trafford on Saturday in what promises to be an absolute sellout with Cristiano Ronaldo set to feature.

And while the Portugal international is undoubtedly the main event, one subplot could be hugely important to the squad.

Brazil have triggered a rule that means that the called-up players that never arrived will have to be suspended for five days.

That means the likes of Thiago Silva, Alisson, Ederson, Raphinha and Roberto Firmino will not play this weekend - as well as United star Fred.

The 28-year-old has split opinion of Red Devils fans but Solskjaer sees him as an important member of the first-team.

He is usually deployed as the most defensive midfielder in the side, allowing the likes of Paul Pogba and Bruno Fernandes to venture forward.

But his suspension gives Solskjaer a headache with his remaining options being an unfit Scott McTominay, Nemanja Matic and Van de Beek.

McTominay has just returned to training after recovering from a groin injury where he underwent surgery.

Putting the Scotland international straight back into the first-team fold would over Van de Beek would send quite the mesage to the Dutchman.

Equally, Matic being brought in from the wilderness could crush the midfielder, who has been desperate to get his United career off the mark.

Van de Beek had a disappointing first season in the Premier League - making just 19 appearances in the competition - though he completed 90 minutes just three times.

This campaign has not been much better and he has yet to feature at all, sitting on the bench for all three of United's matches so far.

Van de Beek was speaking to Rio Ferdinand over his lack of chances but insisted he trusted Solskjaer.

Will Solskjaer pick Van de Beek this weekend against Newcastle? Comment below

"I speak with the manager about it and the club," he said. "They were clear they wanted me to stay here. The manager was really positive about me and he said, 'I need you and I want to keep you here'.

"Of course, what I see here now in the beginning of the season is difficult because I didn't play one minute, but he said, 'What I see every day in training, I see a different Donny now'.

"I need to trust him. If he doesn't need me, I think he will let me go. I think he has plans with me."

And while the 24-year-old has insisted he trusts his manager, whether that is mutual will be proven this weekend with Solskjaer in need of a midfielder.