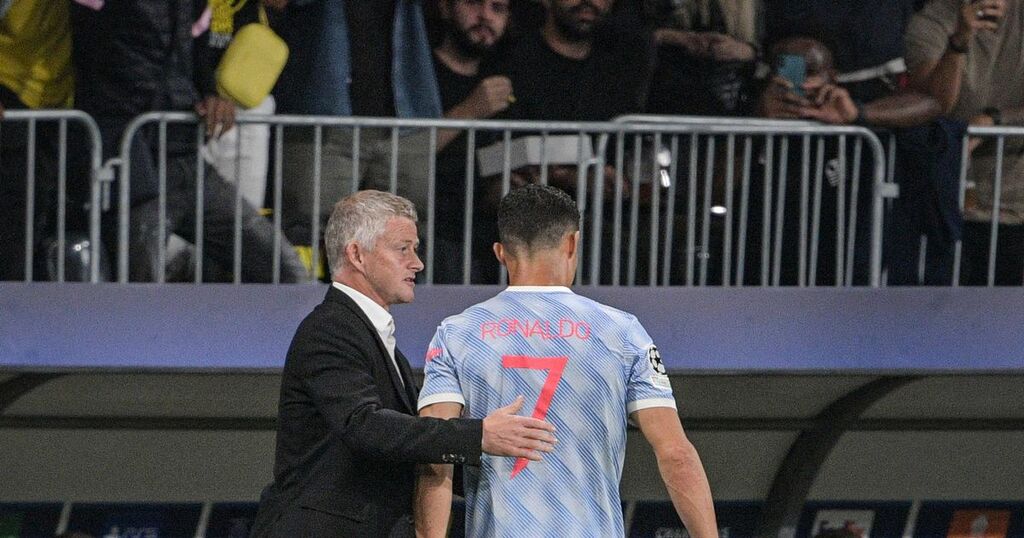 Harry Maguire entered the press room for the post-match debrief before his manager. Ole Gunnar Solskjaer namechecked a different Harry. "Harry Hindsight is a very good player," he noted. A very good manager, too.

Solskjaer was actually referring to Jesse Lingard's blind backpass rather than his substitutions. There were five of them in Bern and almost all of them contributed to a galling defeat in added time.

Diogo Dalot had to emerge to offset Aaron Wan-Bissaka's expulsion as United could not reassemble by relocating a starter to right-back. Where it started to go awry was with the introduction of Raphael Varane at the pause.

Solskjaer was conversing with Nemanja Matic as the United bench made for the tunnel, only Michael Carrick informed Varane he would come on. Varane spent half-time heading away balls pinged into the area by Darren Fletcher, a sign of things to come.

United had decided they needed Varane's aerial presence amid Young Boys' dependence on crosses. "The majority of their chances came late in the first-half when we were playing a back four," Maguire explained. "And we couldn't really get out to stop the crosses, we couldn't defend the box well enough with the number of bodies they were throwing forward."

Maguire felt 'it was a lot better when we went to a back three or back five'. Maybe so, but there was a mental and tactical shift. It heaped more pressure on United and Cristiano Ronaldo was marooned up front.

In Young Boys coach David Wagner's first famous victory over United with Huddersfield, Victor Lindelof was targeted and culpable for both goals. Jose Mourinho once opined Lindelof is 'not so good in the air' as he misjudged a header in the warm-up at West Ham. The courageous change would have been to withdraw Lindelof for Varane.

Solskjaer was never going to do that and Donny van de Beek was the convenient fall guy. "We could have spread out more," Solskjaer admitted. "And sent one of the midfielders higher up in support of Cristiano because he was lonely up there." Van de Beek could have fulfilled that role.

From the moment Wan-Bissaka saw red, United played for a 1-0 win. Then they played for a 1-1 draw. They got neither and Solskjaer got what he deserved. United had two attempts at goal - both hit by Ronaldo - and the second was in the 25th minute.

Matic brought about improvement with his prudent passing but came on in the 72nd minute. There was little logic to Lingard's arrival at the same time and three of his four passes were to an opponent, the last the most fatal.

Not since Graeme Carrick's emergence in his brother's testimonial has there been a more meaningless substitution than Anthony Martial's in the 89th minute. Fred made way when he had benefited from Matic's presence and United were secure. Martial received the ball once and bundled it out for a throw-in.

It is easy to forget Solskjaer was in favour of the Premier League reintroducing five substitutions. Time and again, the 'super sub' as a player comes a cropper with his substitutions and one did not need Harry Hindsight to express misgivings about his changes in Bern.

Solskjaer's checkered record with changes stretches back to the first cracks that formed when he was still the caretaker. In the tedious draw with Liverpool in February 2019, United players were dropping like flies and one of them - Lingard - had come on but his hamstring twinged 18 minutes in, so off he went again.

Against Southampton last year, Solskjaer summoned Eric Bailly down from the Sir Bobby Charlton Stand in added time and then someone realised he had made four substitutions in the quota of three batches. Southampton equalised from a corner, with Maguire appearing to mark Wan-Bissaka.

In the penultimate domestic fixture of 2019-20, United were deadlocked at 1-1 with West Ham and the only attacking change was Odion Ighalo for Marcus Rashford in the 85th minute. Only a Sevilla goal spurred Solskjaer into an alteration - in the 87th minute - in the Europa League semi-final. Sevilla held on in Cologne.

Umpteen times last term, Solskjaer left substitutes unused; two in the goalless stalemate with Manchester City, Amad at Crystal Palace. Five substitutions were permitted in the FA Cup yet there was no United change until the 73rd minute against West Ham in the fifth round. In the laboured 1-0 win over the same opposition in the league , United did not make a single substitution.

Solskjaer has suffered seven defeats in 11 Champions League matches as United manager and they are littered with inexplicable in-game management. Fred was left on against Paris Saint-Germain when he should have been sent off and he eventually was in the second-half, Timothy Fosu-Mensah and Axel Tuanzebe - defenders - entered the fray with United 3-0 down at RB Leipzig and United were burnt in Bern.

After the Europa League final disasterclass, Solskjaer said the first substitution was 'difficult'. It came in the 100th minute. and United's four other substitutes were sent on in either the 116th minute or 123rd minute. All of them were on to take a penalty in the shootout, only Solskjaer failed to introduce a goalkeeper capable of saving a penalty.

Lindelof for Varane would have raised eyebrows on Tuesday night but it would have enhanced a 10-man team and maintained the balance which was compromised as soon as United switched to a defensive trident.

Solskjaer has been more successful with substitutes when in decisive mode: United recovered from half-time deficits at Southampton and West Ham in successive weeks last season by making half-time changes. Alex Telles was too cautious with the game goalless at Wolves, so he was hooked for Luke Shaw at the pause and United won it in Fergie time. Interval entrants Amad and Paul Pogba were goalscorer and matchwinner against Milan.

Hooking Telles for Pogba was an innovative switch in the group win at PSG last year, a tactical tweak and a momentum shift with a game-changer on the pitch. Pogba supplied Rashford with the ball for the winner.

There was no need for Harry Hindsight that night.