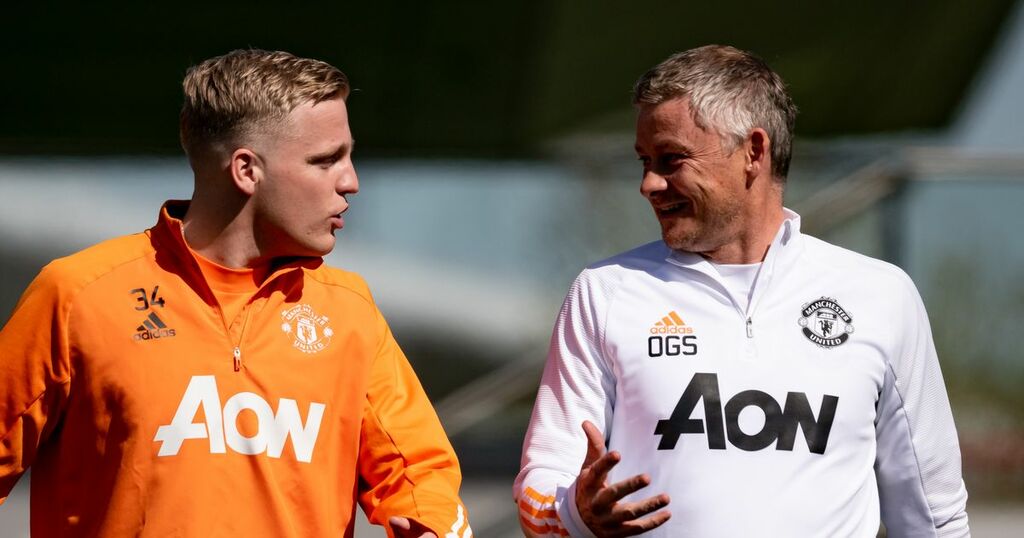 The Dutchman, 24, has made just four Premier League starts since joining the club in September 2020 and it's thought some United coaches are concerned about his suitability to the English game.

According to The Athletic, senior figures at Man Utd - including Solskjaer - believe Van de Beek can be a success in Manchester but others are worried he can't handle the 'rough and tumble' of the Premier League.

The £35million midfielder has played just five minutes of top flight football this term and has been linked with a January transfer to Italian giants Juventus.

Ian Wright has urged the Man Utd ace to leave Old Trafford in pursuit of regular football, insisting he doesn't suit the team's style of play under Solskjaer.

The Arsenal legend said: “He has got to get out of there because it’s not going to work for him at Man United.

“He is not going to get the opportunity to play, and he is somebody that should be playing because he is a fantastic player.”

The Red Devils icon said: "Sometimes when you’re too nice maybe, or you’re nice about a situation and you’re polite, you might not get the situation that you really require for yourself."

Solskjaer is also thought to still have faith in England star Jadon Sancho after a difficult start to life at Old Trafford.

The winger, 21, completed a £73m move from Borussia Dortmund in July and has failed to score in his first nine appearances for Man Utd.

But the club are reportedly not concerned about their hefty investment and Solskjaer is encouraging Sancho to be himself, challenge defenders and take risks.