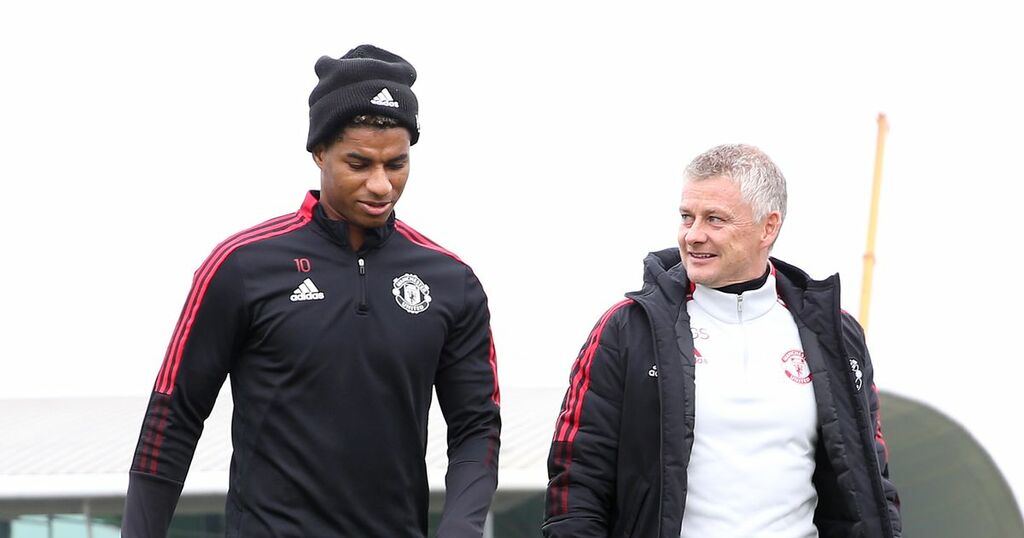 When it emerged there were unhappy players within Manchester United 's dressing-room, many were quick to take to social media to protest their innocence.

Among them was England striker Marcus Rashford, who reaffirmed his love for his boyhood club and insisted he would not sulk, despite acknowledging his recent below-par displays.

“What can I say that will make this better, other than showing you all on the pitch?” wrote Rashford. “I'm my own biggest critic. It's been a tough start but I'm determined to prove my worth.”

Unfortunately for Rashford, actions speak louder than words, and his lamentable showing in United's fortuitous 1-0 FA Cup win over Aston Villa on Monday did nothing to back up his claim.

Join the debate! Will Marcus Rashford turn things around at Man United? Have your say here.

Off the pitch, Rashford is a national hero who can do no wrong, having successful taken on the Government and forced them into a U-turn on their policy over child food poverty.

Rashford, 24, is a tireless social campaigner, someone whose decency and integrity have enabled him to transcend traditional football rivalries.

On the pitch, however, the England forward is suffering from a crisis of confidence, his stock falling with every miserable performance.

Monday was Rashford's nadir, his withdrawal on 86 minutes met with sarcastic cheers from a significant number of United fans.

It echoed his display in United's Europa League final defeat to Villarreal last May, when Rashford was woeful but played for 120 minutes, despite having arguably the worst game of his career.

On that occasion, there was mitigation for Rashford in the form of a shoulder injury, one he had been carrying for a while and which required surgery at the start of this season.

When he returned in October, after two months of rehab, Rashford scored in his first two appearances back, but has since failed to find the net in his last 11 games for United.

Against Villa, he was beset by uncertainty and a lack of belief, not least when he failed to follow up a loose ball in the second-half, when Emiliano Martinez had spilled a Mason Greenwood shot.

A year or so ago, Rashford would have been on to the chance instinctively and would more than likely have got to the ball first, to prod it into the net. But his failure to do so said everything about his current fragile state of mind.

The easiest way to explain Rashford's current malaise would be to point to his myriad of off-field commitments distracting him from his day job, as former boss Ole Gunnar Solskjaer did.

Solskjaer suggested it was time Rashford focused all of his efforts on football, the Norwegian forced to backtrack and clarify his comments.

There are concerns among the United hierarchy that Rashford's off-field affairs are a contributory factor to his dramatic loss of form.

Rashford is not alone in his regression, with fellow United youngsters Mason Greenwood and Jadon Sancho – a £73million summer signing from Borussia Dortmund – having failed to kick on this season.

Sancho has scored just twice in 22 appearances, while Greenwood has also found the net just twice in his last 18 games, the 20-year-old having flatlined after two outstanding full seasons.

Senior players are struggling too, notably playmaker Bruno Fernandes, who plundered 28 goals last season, but has just two in his last 24 games this term.

As for Rashford, United boss Ralf Rangnick must decide whether to take him out of the firing line or play him in the hope he can regain his form.

At the moment, the former looks the only viable option for a player who has lost his way and is showing no signs of coming back.