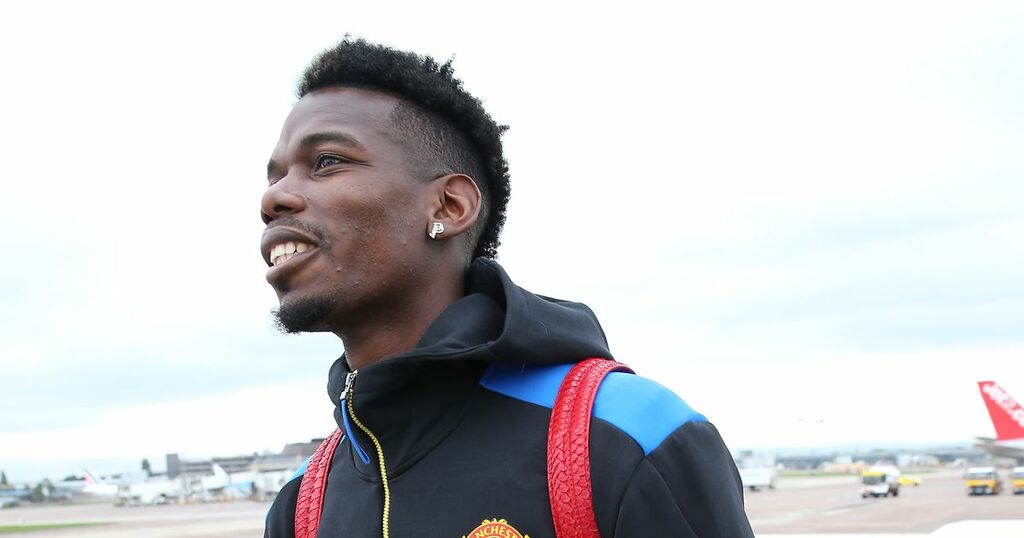 Ole Gunnar Solskjaer insists Manchester United can convince Paul Pogba to commit his future to the club by being successful again.

Pogba has had a superb start to the season, providing seven assists in United's first four Premier League games, but the 28-year-old is approaching the last nine months of his contract.

The Manchester Evening News revealed at the start of the month United are hopeful of keeping Pogba following the re-signing of Cristiano Ronaldo and United currently sit at the top of the Premier League.

"Yeah, well, it's up to us now to get results and to prove to ourselves we can win trophies," Solskjaer said. "Everyone who signs for Man United wants to win trophies. To be a part of a winning Man United, it's the most magical feeling in the world.

"Everyone's just focusing on doing our best and let's see where we go."

United begin their Champions League campaign against Young Boys in Bern on Tuesday night, having only reached the quarter-finals of the competition twice since their last final appearance in 2011.

Solskjaer guided United to the last eight in 2019, following a remarkable recovery against Paris Saint-Germain in the round-of-16, but Barcelona strolled to a 4-0 aggregate win over United at the next stage.

United reached the Europa League semi-finals the season before last and were defeated in last season's final by Villarreal on a penalty shootout, but Solskjaer is convinced United are better equipped to succeed in Europe.

"Of course, as you say, we have had some very, very good nights and some memorable, historic nights at the club," Solskjaer noted. "They're the biggest nights for the club.

"The aim when we go into this tournament now is to go all the way, it's gonna be difficult, it always is. We've added some experience, quality and youth and are better prepared this year for what is to come.

"We've had enough disappointments, that's for sure. We've had some big moments but this team has grown and matured over the last few seasons, that was always the plan. Back in the day when I came in, we [knew we needed] a squad with experience and quality to challenge.

"With players like David [de Gea], Harry [Maguire]'s had a couple of years, we're getting the spine of the team, you can see experience and quality. Raphael [Varane] and Cristiano [Ronaldo] add, not that last bit, but it's something extra we have to buy unless you win it four times yourself!

"We've definitely learned, the group is special, as a unit. They look after each other. The atmosphere is really good and that's going to stand us in good stead, definitely.

"I can't look at the squad and say we play a game in midweek and are tired. Players are fitter now and we've been very robust over the years and improved a lot in the way we've dealt with the pandemic situation and games coming thick and fast.

"But the ones we've signed, it's easier to rotate, definitely, and I've told the team I do trust the members of the squad."