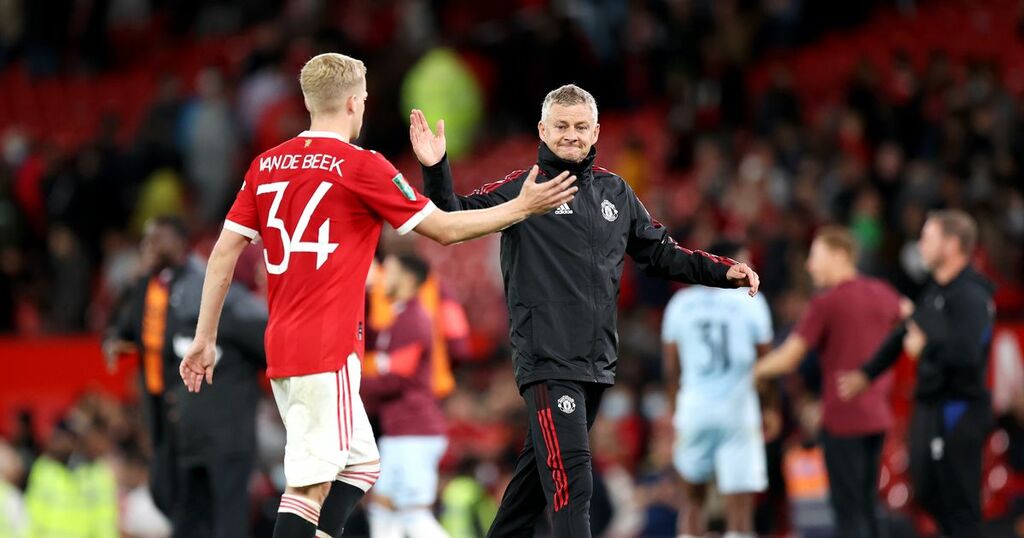 Former Manchester United midfielder Paul Ince has criticised Ole Gunnar Solskjaer's handling of Donny van de Beek amid a lack of opportunities to prove his worth at Old Trafford.

The Dutchman joined United in a £35million deal from Ajax in September last year and has struggled to force his way into Solskjaer's plans, racking up a total of just 39 appearances in all competitions, netting just one goal.

So far this season Van de Beek has been limited to a paltry three outings in all competitions, featuring just six minutes worth of action in the Premier League, highlighting just how far down he is in United's midfield pecking order.

The 24-year-old arrived at United as one of the most promising midfielders in Europe at the time, but he has rarely been granted a chance to express himself in red, much to the frustration of numerous United fans, who are desperate to see Solskjaer give him a chance to impress.

With rumours concerning the Dutchman's future continuing to mount, former United midfield man Ince says the player must leave Old Trafford in the upcoming January transfer window for the sake of his own career.

Ince told the Kelly & Wrighty show: "If I’m going to buy a player, a top player from Ajax, the first thing I’m going to say is, 'Am I going to play? Where do you see me fitting in, within the system, within the team?'

"He’s got £35million sitting on the bench.

"I can hold my hands up if I’m on the bench and the team are winning and playing well. You can’t tell me that Fred and [Scott] McTominay are playing well week-in and week-out, and even [Paul] Pogba because they’re not.

"But he seems to play them all the time, and I’m sitting there watching them play, I would be livid.

"He’s been professional, he’s done everything by the book. Ole’s come out saying he’s in my plans... he has to move in January for the good of his career."