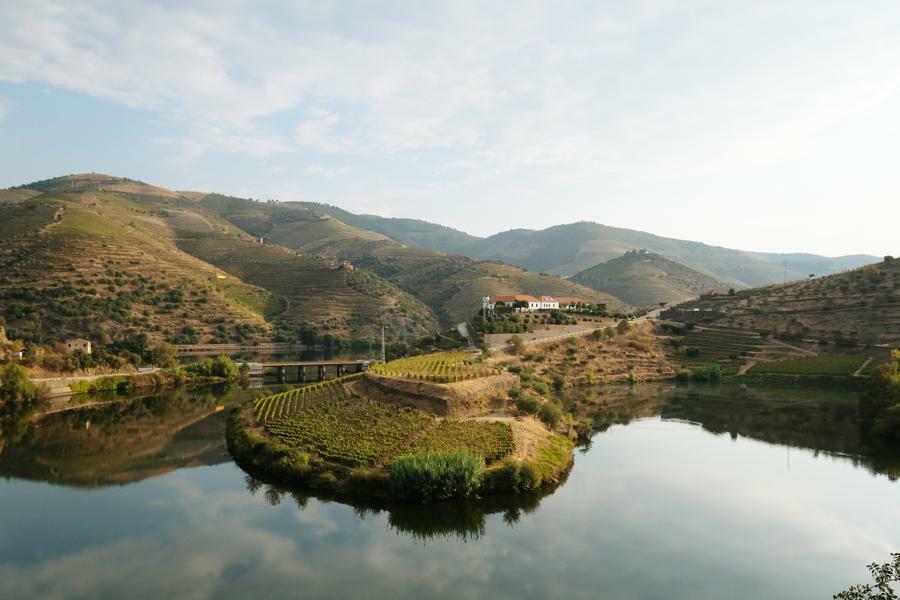 Deep in the mountains of Portugal, surrounded by the stunning vineyards of the Douro Valley, lies the heart and soul of Old World winemaking. Once a year, a spectacular ritual begins, harvesting the season's grapes by the generations-old families who pick, carry and stomp their way through the Fall with purple feet stained by the grapes.

A new documentary, "A Wonderful Kingdom," has recently been released (Apple TV), celebrating tradition with an homage to these hard-working locals, creating lifeblood that flows through the granite-based soil of the region. Set to the words of iconic poet Miguel Torga and narrated by actor Malcolm McDowell, this stunning documentary showcases the region's breathtaking beauty.

​The talent of gathering grapes and then turning them into many varieties of wine has continued for nearly 300 years. Each September and October, this winemaking tradition creates unique energy for the region as the locals gather from nearby villages to work the vineyards.

This is all sweaty, manual work with no machines. Grapes are hand cut off the stems with scissors, and the heavy boxes are carried away by workers on their backs. Grapes are then taken and poured into large stone tanks and stomped to squeeze the liquid out from the skin. This usually happens to the sound of someone marking the rhythm with a song, as workers stomp in a synchronized and more effective way while embracing each other.

If you wish to participate in the experience, you wash your feet and legs and then step into the giant vats of grapes where you become part of a line of dedicated grape stompers. Crushing the grapes requires a lot of aerobic energy, as you press the grapes down with your foot to gently crush them. It is all synchronized and hypnotic as music accompanies them, making it more celebration than redundant work.

The documentary uses tracking shots to evoke the time it takes to harvest grapes and handcraft wine, while stunning aerial views give the Douro River and the valley’s striking cliffs and steep vineyard slopes. The vineyards of the Transmontano region are mainly planted along the banks of the Douro, Sabor, Tua, and Tamega rivers.

The Transmontano wine region provides wine lovers with the widest possible range of Portuguese wines. These wines are unique in that they are grown in some of the driest and harshest conditions in Portugal, and the yields are always low.

Born in Porto, Portugal, Carlos Carneiro is a Portuguese director based in Brooklyn, NY. He joined Vacationland Productions, where the focus is on developing feature documentaries. We spoke at length about the experience of embedding himself and his film crew into a local winery with a unique focus on the winemaking process.

"The film is not really about wine," says Carlos. "I wanted to pay tribute to the people and to the region. Obviously, I zoomed in on the most celebrated aspect of the region, which is winemaking. Once a year, during the harvest, every winery will stomp grapes, and they're very proud of that custom. We shot at the Niepoort Winery, where they stomp the grapes twice a day. In the morning, it's more chilled, with the radio on. In the afternoon slots, there is no music. and they are in the zone."

Wine afficianados usually stay near the small towns of Peso da Régua and Pinhão along the Douro River. This year, the region welcomed new boutique hotels, including the Six Senses Douro Valley (where during the September and October harvest, visitors can stomp grapes at neighboring vineyards with the locals.) Also noteworthy is Douro Villa, Douro41 Hotel, Quinta de la Rosa, and Ventozelo Hotel & Quinta.

Wine stomping is an art form that has existed generation after generation and has become one of the most popular experiences for visitors to the Douro Valley. You will not forget the feeling of grapes beneath your feet, followed by a leisurely afternoon of wine tasting in one of the most beautiful locations in the world.