Oklahoma Gov. Kevin Stitt (R) signed into law Tuesday the state’s near-total ban on abortion, which will make performing abortions a felony when it takes effect this summer, and while the law could get struck down in court, the state legislature is preparing to pass a second ban that would have more immediate effects.

Stitt signed SB 612 into law, which prohibits all abortions except in the case of medical emergencies, saying he wants Oklahoma to be the “most pro-life state in the country.”

The law, which will take effect in August, makes performing an abortion a felony that’s punishable by up to 10 years in prison and a $100,000 fine.

Oklahoma lawmakers are also prepared to soon pass HB 4327, which also bans all abortions except in cases of medical emergencies, and would take effect immediately once Stitt signs it into law.

HB 4327 copies Texas’ abortion ban by enforcing the law through lawsuits private citizens file against anyone who “aids or abets” an abortion, rather than by state officials.

That provision makes it harder to strike the law down in court—Texas’ SB 8 is still in effect—which means even if SB 612 gets struck down, there would still be another state abortion ban in place.

The Oklahoma House passed HB 4327 in March, and the bill is now headed toward a full Senate vote after its health committee approved the bill Monday.

Oklahoma’s abortion ban—or bans, if HB 4327 passes—will not only affect Oklahomans seeking abortions. The state had also become a primary destination for people in Texas to get abortions after their state banned the procedure after six weeks of pregnancy, with Planned Parenthood reporting approximately half of abortion patients seen in Oklahoma are from Texas.

Whether SB 612 will stand up in court—and whether the U.S. Supreme Court will help let the abortion ban take effect. Total abortion bans like SB 612 have typically been struck down in court because they violate the federal right to an abortion, as the Supreme Court ruled in 1973 with Roe v. Wade. The 6-3 conservative court will revisit that precedent in the coming months, however, as the court is set to rule by June or early July in a case concerning Mississippi’s 15-week abortion ban. Mississippi has asked the court to use the case to overturn Roe v. Wade —which means SB 612 would be free to take effect in August—but while justices signaled during oral arguments in the case they’re likely to uphold the Mississippi law, it’s still unclear whether they’d narrowly allow 15-week bans or let states ban abortion entirely.

SB 612 and HB 4327 are part of a slew of state-level abortion restrictions and bans that GOP lawmakers have passed in recent months—particularly ahead of the Supreme Court’s ruling. The pro-abortion rights Guttmacher Institute reports nine other abortion restrictions have so far been enacted this year and 48 bills have passed at least one legislative chamber, after 108 abortion restrictions were enacted in 2021. HB 4327 is one of a handful of abortion bills that have copied the Texas law after courts repeatedly let it stand, since the law being enforced by private citizens rather than state officials means it’s harder to name lawsuit defendants that a court could actually stop from enforcing the ban. Idaho was the first state to enact an abortion ban copying the Texas law and other states are set to follow—though Idaho’s ban, unlike Texas’, has actually now been blocked in state court. 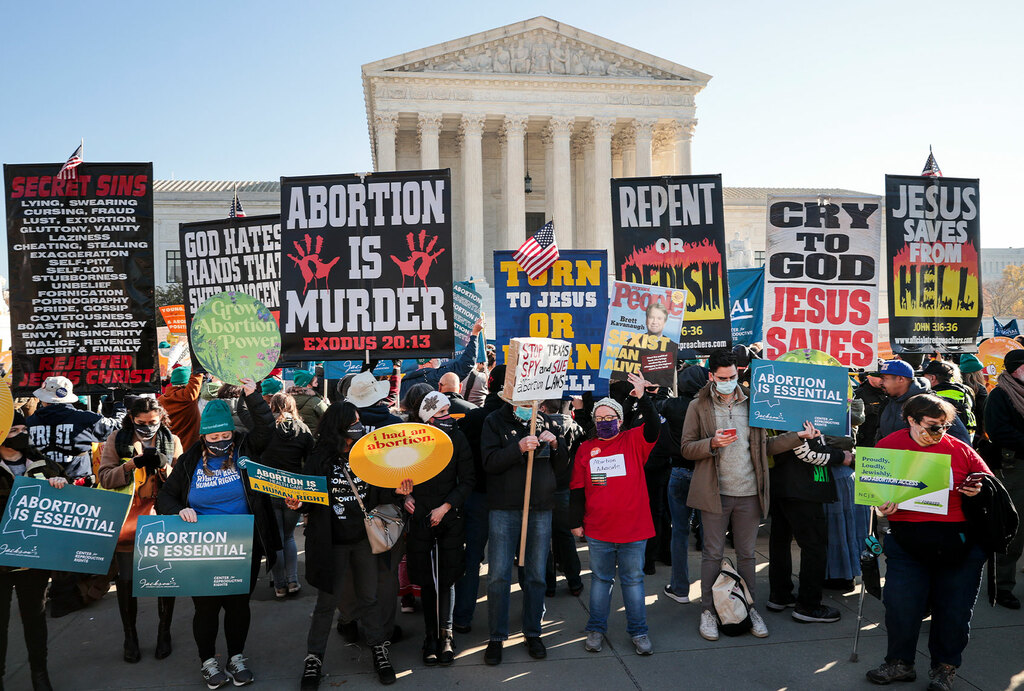