By Pierre-Henry DESHAYES and Tom LITTLE 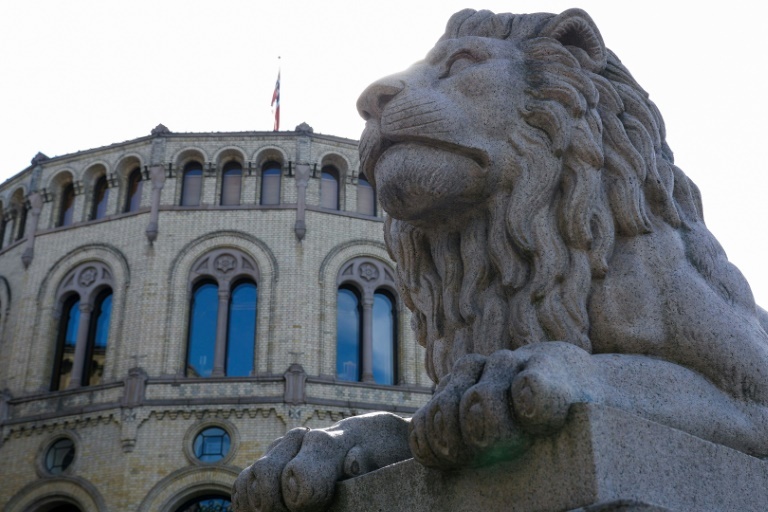 First estimates based on advance ballots were to be released when voting ends at 9:00 pm.

According to opinion polls, a clear majority is emerging to unseat Prime Minister Erna Solberg's centre-right government, which has ruled the Nordic country for the last eight years.

The leader of Norway's Labour Party, Jonas Gahr Store, a 61-year-old millionaire who has campaigned against social inequality, seems well placed to succeed her, but the exact shape of the coalition needed to pave his way to office is still unclear.

His party's preferred allies are the agrarian Centre Party and the Socialist Left Party, but if they are unable to reach a majority on their own they might depend on the support of the Green Party and or the communist Red Party, potentially complicating negotiations.

"I hope that after today's vote we'll be in a position where we can put pressure on the next Norwegian government, which we hope will be led by Store and will have a good climate and oil policy," the head of the Greens, Une Bastholm, said after voting on Monday.

According to an average of opinion polls conducted between August 2 and September 11 and published late Sunday by TV2, Store's preferred three-party coalition was due to get 85 of 169 seats in parliament, giving it the narrowest possible majority.

The centre-right was seen garnering 67 mandates, while the Red Party was predicted to take nine and the Greens eight.

The August "code red for humanity" report from the Intergovernmental Panel on Climate Change (IPCC) put the issue at the top of the agenda for the election campaign and forced the country to reflect on the oil that has made it immensely rich.

The report energised those who want to get rid of oil, both on the left and, to a lesser extent, the right.

The Green Party is leading the charge in calling for an immediate halt to all oil exploration and a 2035 deadline for exploitation.

That ultimatum has been rejected by Store, a former foreign minister.

Like the Conservative Party, the other dominant political force in the country, Labour instead advocates only a gradual exit from oil.

The oil sector accounts for 14 percent of gross domestic product, as well as 40 percent of its exports and 160,000 direct jobs.

According to many observers, a compromise will depend on the success of the parties with environmentalist leanings and could involve cutting off certain waters for oil exploration, particularly in the Arctic.

"I have a good feeling," Store said as he cast his ballot at a school in Oslo on Sunday, with voting opening a day earlier in the major cities.

More than 1.6 million Norwegians, or 42.3 percent of the electorate, made use of early voting opportunities.

For voter Fredrik Wessel, a 62-year-old lawyer at an insurance company, the main issue in the election was to "maintain good economic policy".

"And then of course I'm concerned about the climate, that we consider everything we can to improve our climate," he told AFP as he left an Oslo polling station.

Meanwhile, a 76-year-old pensioner said her "main issue is the big difference between rich and poor which is growing bigger and bigger in Norway, even if it is better than many countries in Europe and the world."

After eight years in power, and multiple crises including migration, falling oil prices and Covid-19, Solberg defended her "good record".

"Unemployment is decreasing, employment is going up ...We need to keep up these good things," the 60-year-old said Monday as she cast her ballot in her home town of Bergen.