Russia’s invasion of Ukraine and Western sanctions on its oil exports threaten a supply shock that will weigh on the global economy and tighten energy markets even further unless major producers increase output, according to the International Energy Agency.

Energy markets were facing the biggest supply crisis in decades, which could result in lasting changes, the Paris-based agency said Wednesday in its monthly report.

Russia’s invasion of its neighbor has prompted Western nations to levy harsh sanctions on Moscow and the Russian economy. While only some nations, including the U.S., have banned Russian oil imports outright, traders, energy companies and shipping firms are shunning Russian crude, fearful of the reputational risk, the IEA said.

The lost supply has sent energy prices surging. Oil prices have jumped to multiyear highs, while prices for natural gas, gasoline and coal have also risen. Other commodities upon which the global economy depends and which are produced in significant amounts in Russia, such as some metals and basic foodstuffs like wheat, have also jumped in price.

Those higher prices will “increase inflation, reduce household purchasing power and are likely to trigger policy reactions from central banks world-wide—with a strong negative impact on growth," the agency said.

The oil market will slip into a deficit as early as the second quarter unless the OPEC group of oil producers increase their supply levels, the IEA said. Beyond the spare capacity of leading OPEC members Saudi Arabia and the United Arab Emirates, there are no other sources of additional supply that can balance the market. Oil inventories have already been depleted to multiyear lows and the prospect of additional supplies from Iran seems a long way off.

The warning highlights how the situation in Ukraine is also increasingly looking like a political headache for OPEC which since 2016 has struck an uneasy alliance with Russia and a group of other oil-producing countries, known as OPEC+.

The cartel has rebuffed pressure from major Western oil consumers to increase the pace of its monthly supply increases, which have so far been capped at 400,000 barrels a day. Doing so could appear to be taking sides—against Russia.

There were signs, however, that a Western diplomatic effort to urge Gulf oil producers to pump more was working. The United Arab Emirates last week said it would push other OPEC members to pump more oil.

U.K. Prime Minister Boris Johnson traveled to the Gulf on Wednesday to meet with Saudi and Emirati leaders in a bid to convince them to increase oil output.

The issue has been compounded by OPEC+’s own inability to meet its supply targets, due in part to ailing oil infrastructure in some member countries. The group’s output lags behind its targets by 1.1 million barrels, the IEA said.

The IEA has taken its own steps to ease oil-market tightness. Its members agreed earlier this month to release around 60 million barrels of oil from emergency stockpiles, but the amount was seen as too little to have a meaningful impact. The IEA said that its members were ready to release more crude from inventories. 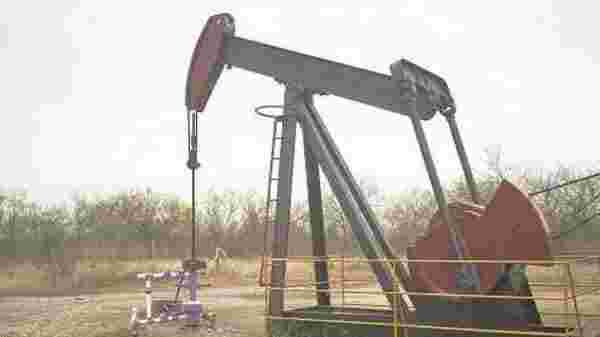 AFP
What Will It Take For OPEC+ To Increase Its Oil Output?

AFP
One subscription that gives you access to news from hundreds of sites
Fed expected to raise interest rates for first time since 2018, markets rise on Ukraine hopes – as it happened

Stock markets rally on news of tentative 15-point peace plan drawn up by Ukrainian and Russian negotiators, as rouble edges…