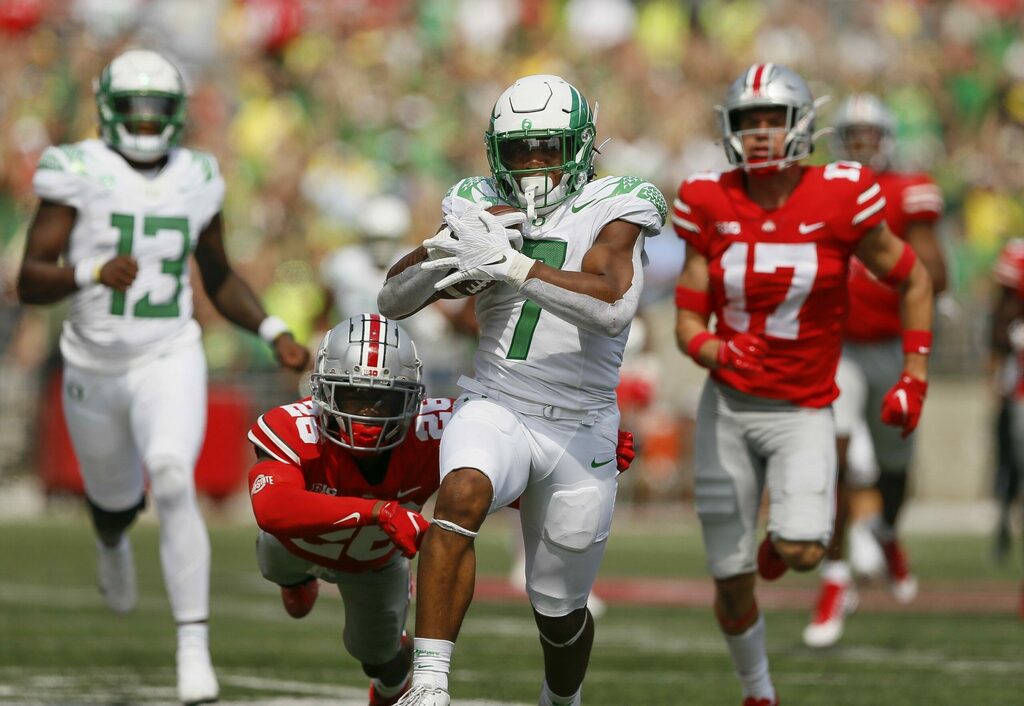 For the first time as the head coach of Ohio State, Ryan Day has lost a regular-season game. The Buckeyes sputtered and smoked their way to a 35-28 loss against the Oregon Ducks at home, and there is now a ton to work on.

Don’t blame freshman quarterback C.J. Stroud for the loss. He had one whale of a day, completing 35-of 54 passes for 484 yards and three touchdowns. The problem is that OSU’s DNA and way of winning games don’t usually have over 50 pass attempts included. The Buckeyes could never really get things cranking on the ground, especially in short-yardage situations. OSU went just 2 for 5 on fourth down conversions, many of them critical in the outcome.

For the second straight week, the defense couldn’t bottle up the running game. Oregon wracked up over 269 yards on the ground to just 128 yards for Ohio State. The linebackers and defensive backs were often out of position and not gap sound, especially in the first three quarters of the game.

It’s not often that a team puts up over 600 yards of offense and walks away from a game as the loser, but that’s exactly what happened to Ohio State in the ‘Shoe today. The Buckeyes simply did not play situational football like it needed to do in order to stay unbeaten. Mental mistakes and a lack of disciplined killed their chances.

Now it’s off to the drawing board to try and figure out a way to make a championship-caliber defense and to find a way to be a little tougher in meaningful, short-yardage opportunities.

Ohio State will take on Tulsa at home next Saturday.