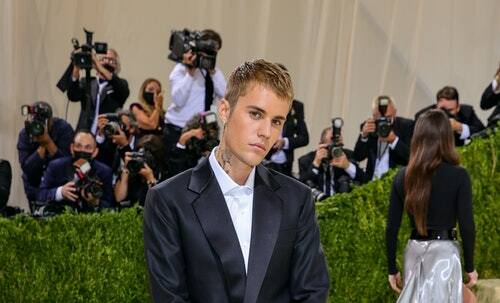 We all know that Justin Bieber gets his peaches in Georgia and his weed in California. He wants you, however, to get your weed directly from him.

This week, the singer announced that he’s going to be entering the cannabis business and selling high-end, pre-rolled joints named after his hit single “Peaches.” Each box will come with seven juicy J’s and a custom Bic lighter with, you guessed it, “Peaches” written in big bubble letters, so you can be a high, walking ad for the Biebs.

For this debut into the cannabis business, Bieber collaborated with Palms, an L.A.-based company whose goal is to “elevate the stereotypical ‘stoner’ experience by providing a sophisticated and thoughtful product fit for a night on the town or a quiet evening at home,” according to its website. There are different flavor options such as Peaches N Cream (indica), Peaches Golden Jack (sativa) and Peaches White Runtz (hybrid). The joints are now being sold in select stores throughout California, Nevada, Florida and Massachusetts ranging from $32-$50 per box, which honestly are decent prices.

For anyone wondering why the hell they would make the former child star their new weed plug, I’m with you. It can be especially irritating when a white celebrity comes into the business once it’s safe to do so, claiming that they’re helping to de-stigmatize using drugs. Because, well, weed use has never been stigmatized for rich white men. The elephant in the room is that celebrities such as Bieber are benefiting from suffering of Black and brown Americans who remain in prison for weed-related offenses.

It seems, at the very least, that Bieber (or his PR team) were anticipating such critiques and came ready. A redeeming quality from all of this is that part of the profits from “Peaches” will go to the Last Prisoner Project, an organization that is fighting to get the approximately 40,000 people incarcerated for weed out of jail. Another part of the proceeds will go to the Veterans Walk and Talk, which empowers veterans to care for their mental health through exercise and cannabis.

I will say that overall, Bieber’s intentions seem good because he wants to help other people have a healthier relationship to cannabis. In an interview, Bieber told Vogue that he became dependent on weed when he was just a teenager and that it took a long time for him to learn to have a more fruitful relationship to marijuana.