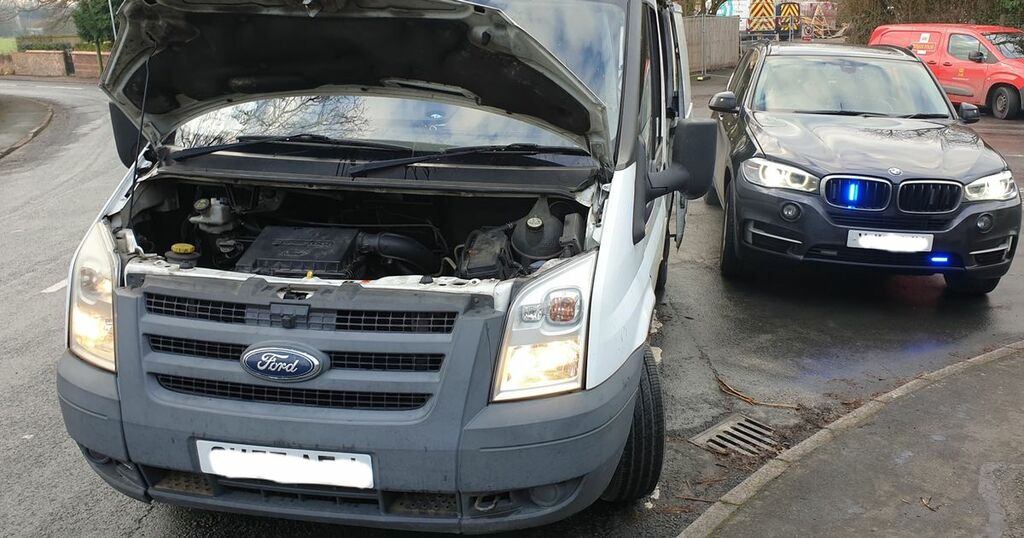 A van in poor condition with multiple 'major defects' was spotted driving around a Merseyside area by eagled eyed officers.

Officers from the Roads Policing unit confirmed they stopped a van in for an expired MOT on Saturday morning.

However, despite being tested on January 14 and enquiries revealing it had failed for a staggering 14 major defects - this did not stop the driver.

The van was stopped in the St Helens area.

Pictures shared by the Roads policing unit on social media show the extremely poor condition of the van.

Police confirmed the motorist "thought he'd risk it" and just drove away.

The van has since been prohibited and recovered and the driver was reported for all offences.