“Today morning, a low-pressure area has formed in south Andaman and the south-east Bay of Bengal. We expect it to intensify. It will move in the northwest direction and become a cyclonic storm by the evening of 8 May. This will reach the Odisha coast on 10 May," news agency ANI quoted Umashankar Das, a senior scientist at IMD, as saying.

Meanwhile, the disaster response and fire services teams in the state have been kept on standby, and fishermen have been warned as the sea conditions will be rough with gusting winds reaching a speed of 75 kmph in the wake of the cyclone alert.

Special Relief Commissioner (SRC) PK Jena said 17 teams of NDRF, 20 teams of ODRAF and 175 fire services teams have been put on high alert, and that the state was prepared to face any eventuality.

Collectors of all 18 districts were on Thursday asked to be prepared for the possible cyclone and directed to send a compliance report on the recommended measures with detailed information on arrangements made by 6 May.

Jena in a letter to the district collectors of Ganjam, Gajapati, Puri, Khurda, Jagatsinghpur, Kendrapara, Jajpur, Bhadrak, Balasore, Nayagarh, Cuttack, Mayurbhanj, Keonjhar, Dhenkanal, Malkangiri, Koraput, Rayagada and Kandhamal asked them to prepare in advance to reduce the impact of the cyclone.

He also asked the district collectors to identify the vulnerable people and shift them to safe shelters, and prepare a detailed evacuation plan for those living in kutcha houses, near the coast or in low lying areas.

The elderly, the disabled, women and children should be sent to designated geo-tagged shelter buildings, he directed.

All safe shelter buildings, permanent or temporary, should be geo-tagged and a team comprising three local officials - two male and one woman such as ASHA workers, lady teachers, lady constables and home guards should be put in charge of each of them, he instructed. 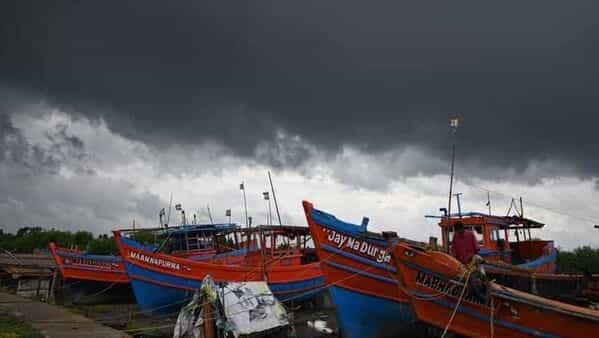 Livemint
From analysis to the latest developments in health, read the most diverse news in one place.
IMD issues rainfall, wind warning in these states till May 10 due to cyclone. Check latest weather forecast

IMD forecast: Rainfall at most places with heavy to very heavy rainfall at isolated places very likely over Andaman &amp;…

Odisha cyclone: a low-pressure area has formed over the South Andaman Sea and the southeast Bay of Bengal on Friday.In…

Livemint
One place to find news on any topic, from hundreds of sites.
Cyclone: IMD warns of heavy rainfall, thunderstorm in Odisha, Andhra next week