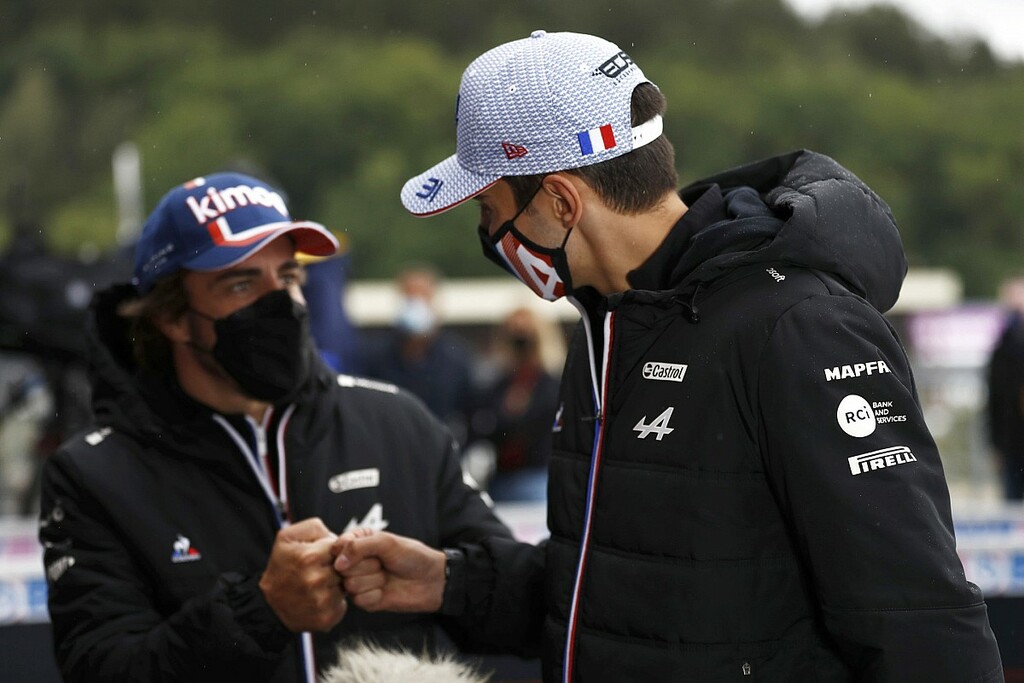 Alonso made his return to F1 in 2021 after two seasons away, partnering Ocon at Alpine.

Ocon managed to score his maiden grand prix victory by taking a shock win at the Hungarian Grand Prix, aided by Alonso, who managed to halt Lewis Hamilton's charge with a brilliant defensive display.

The duo helped Alpine secure fifth place in the constructors' championship, and appeared to enjoy a cordial relationship both on- and off-track.

Ocon said following his win in Hungary that warnings about potential trouble he could face against Alonso at the team proved to be untrue, hailing their good working relationship.

Asked by Autosport about their partnership when reflecting on the 2021 season, Ocon felt they had a "fantastic collaboration" together, allowing him to learn plenty that helped to raise his game.

"For sure he is a hell of a racer and is extremely fast, and the fastest teammate that I've had for a while," Ocon said.

"I was very happy to work alongside him, but I have learned a lot alongside him. I think just the way Fernando thinks out of the box where some other drivers would not think about.

"It is pushing the limit to strategies on how we can optimise everything, so on that regard, I have definitely learned a lot.

"Also on racecraft, I think I have picked up quite a lot of things from him, looking at his first laps, it is something that I've always been doing.

"I've always been following what he has been doing and towards the end of the year I was only gaining positions not losing any and I was doing great first laps.

"So, I think it is a privilege to be working alongside a legend like him."

Alonso has also expressed high praise for Ocon after their first season together, saying the Frenchman's pace helped him to get up to speed following two years out of the series.

Alonso ultimately outscored Ocon by seven points across the course of the year, but the pair finished tied 11-11 in qualifying.

"I did put him as a reference in the beginning of the year, and I was happy to see that I was matching him in terms of pace and we were pushing each other," Ocon said.

"That in the end gave the team the maximum that we could have. We were extracting the maximum out of the package most of the time, so that was good."