Ockham week: How to make a bird

Brocade, chiffon, and feathers, lots of feathers – really the only subject anyone has been talking about these past few weeks concerning the 2022 Ockham New Zealand national book awards is the costume that shortlisted novelist Whiti Hereaka is designing to wear at the awards ceremony, held tonight at the Q Theatre in Auckland. She is going as wearable art. She is going as fiction. She is going as Kurangaituku, the title character of her novel shortlisted for tonight's $60,000 Jann Medlicott Acorn Prize for Fiction.

The novel is a retelling of the ancient myth or pūrākau of Kurangaituku, the bird-woman of Mokoia Island. Description, Te Ao Hau, 1965: "This woman had wings on her arms, and claws instead of fingers. Her lips were long and hard and pointed, like a bird's beak." Or something like that; Whiti had her own vision of what Kurangaituku looked when she wrote the book, and has toiled these past few weeks on bringing that vision to life in a spectacular costume to wear at the awards ceremony.

ReadingRoom has tracked the progress of her outfit with regular updates every Friday as part of the Nielsen best-seller chart. The author has posted photos of her costume via her @WHereaka account on the Twitter machine, helpfully hashtagged them #ockhamoutfit, and gave permission for ReadingRoom to appropriate them to illustrate the best-seller chart – Kurangaituku has hovered around number 3 and 4 as the best-selling novel since the shortlist was announced on March 2.

That was also the date Whiti got to work. I gave her a call last week and asked how the costume was looking. "Almost done. Almost done," she said. "I will be clothed."

Are there tail feathers?

"Yes. I've got this skirt I've made out of chiffon and its got like tatty bits that look like feathers. I'll put some white on the very train of it so it looks like a huia tail."

"In the book, I thought she looked somewhat like a kotuku. Because that bird is so rarely seen, and also it's just so impressive. So sort of her face and wings are very much kotuku, although she has a human/kotuku  face, so her eyes are probably more to the front that to the side like a kotuku, and also her torso is human. Probably her thighs and legs would be a bird again, and I imagine she needs to be a bit more sturdy, so like a kiwi with those sturdy forest feet."

Does the outfit tell its own kind of narrative?

How did she create the mask?

"I found a pattern ages ago when I was searching for leather masks. I don’t know what I was looking for. I just thought, 'That'd be cool to make that one day.' And then when the shortlist was announced, I thought this might be my only chance to go to the Ockhams. I don’t now. Maybe. So why not celebrate it by being a bit over the top?

"Also I think we need a little frivolity and fun. The past couple of years has been a bit grim. I'm enjoying the process of making it, and it's an opportunity to have fun with the image."

The result will stride -or fly - through the doors of the Q Theatre this evening.

Meanwhile Kurangaituku the novel is among the 16 books shortlisted for the Ockhams which are all offered in an incredible prize  giveaway exclusive to ReadingRoom. Entries close at 6pm tonight, May 11.

Good luck to all who enter the prize giveaway; good luck, more so, to the authors, publishers, editors, and all who are intimately involved in the making of the 16 books competing for honours at the 2022 Ockham New Zealand national book awards. It's an awesome achievement to even get this far. The rest is up to the whim and reckonings of the judges. It's amazing how often they get it wrong and act like fools and bungling idiots but sometimes they get it right and exercise considerable wisdom and taste; either way, they can only try their best, and their decision is final. The shortlist is as below; congrats to all who created these 16 excellent books.

ReadingRoom will post the results of the winners, with expert commentary, sometime around 9pm.

From the Centre: A Writer’s Life by Patricia Grace (Penguin, Penguin Random House) 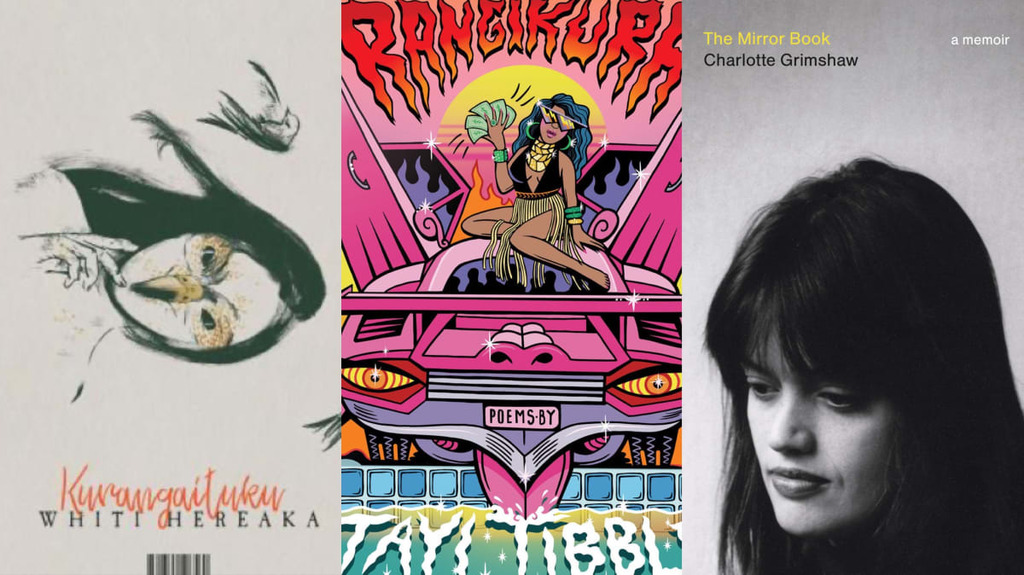 Ockham week: Win every book
Win every single book shortlisted for the Ockhams

Newsroom.co.nz
One subscription that gives you access to news from hundreds of sites
Whiti wins Ockham