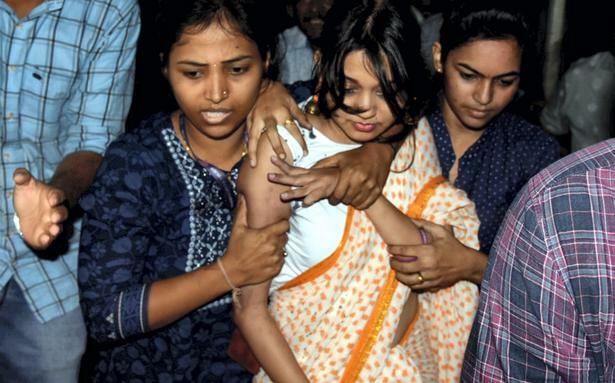 On May 15, the Pune cyber police, who have also registered a case against actor Ketaki Chitale, said they will…

The Hindu
One subscription that gives you access to news from hundreds of sites
Sharad Pawar faces a concerted offensive from the Right, online and offline

A day after Marathi actor Ketaki Chitale was arrested for allegedly sharing an objectional post about Nationalist Congress Party (NCP) chief Sharad Pawar, Maharashtra Deputy Chief Minister Ajit Pawar on May 15 said such remarks against the veteran politician were unfortunate.

"This is Maharashtra's misfortune," Ajit Pawar, who is also an NCP leader, told reporters. The Constitution has guaranteed citizens the right to express and free speech. But, people need to keep in mind what they speak and what impact it has on society, Mr. Ajit said.

"Sharad Pawar (81) has been in public life for 60 years. He has never made uncharitable comments (against others) despite facing a lot of criticism and allegations," the Deputy CM said. Mr. Ajit called Chitale a "pervert" and termed as "unfortunate" the comments shared by her against Sharad Pawar.

While Ms. Chitale was arrested by the Thane police on May 14 over a post she allegedly shared on her Facebook page, Mr. Bhamre was arrested in Nashik for allegedly making an objectionable comment on Twitter against the NCP head, whose party shares power with the Shiv Sena and Congress in Maharashtra.

The post shared by Ms. Chitale, which was in verse form, was purportedly written by someone else. It contained phrases like "hell is waiting" and "you hate Brahmins", allegedly referring to the NCP President.

Ms. Chitale was booked under Indian Penal Code Sections 500 (defamation), 501 (printing or engraving matter known to be defamatory), 505 (2) (making, publishing or circulating any statement, rumour or report promoting enmity, hatred or ill will between classes) and 153 A (spreading disharmony among people).

On May 15, the Pune cyber police, who have also registered a case against actor Ketaki Chitale, said they will…

The Hindu
One subscription that gives you access to news from hundreds of sites
Sharad Pawar faces a concerted offensive from the Right, online and offline