After being asked for years about whether he’d ever return to the Star Wars universe, Ewan McGregor finally reprised his role as the eponymous hero of Obi-Wan Kenobi. While Lucasfilm’s latest Disney+ original series hit more than its fair share of highs and lows over the course of its six episodes, the one aspect that never seemed to falter was the performance of its leading man.

Despite taking a 17-year break from the role, McGregor slipped back into Obi-Wan’s shoes as if he’d never taken them off. His performance in Kenobi is not only one of the best in Star Wars history, but also one that perfectly straddles the line between his prequel-era version of Obi-Wan and Alec Guinness’.

The Disney+ series has therefore proven that casting McGregor as Obi-Wan is still the single best decision George Lucas made when he was creating the Star Wars Prequel Trilogy.

Ewan McGregor has made Obi-Wan Kenobi his own

Star Wars fans have spent years criticizing the performances in the Prequel Trilogy, and it’s not hard to see why. However, the one actor who never seemed to receive any criticism for his work was Ewan McGregor, and there’s a good reason for that.

Unlike many of his co-stars, McGregor was able to create a legible and tragic emotional journey for Obi-Wan across the Prequel Trilogy’s three installments. Despite being frequently saddled with some of George Lucas’ notoriously clunky dialogue, McGregor always managed to communicate Obi-Wan’s ever-shifting emotional truth. While he’s always honored Alec Guinness’ original performance as Obi-Wan, McGregor’s take on the character has never felt like a mere imitation.

Instead, McGregor has succeeded at doing with Obi-Wan what all prequel stories are meant to do. He’s filled in some of the character’s gaps while also adding new shades of tragedy, pain, and humor. While Lucas’ Star Wars prequels are undeniably operatic in their scope and vision, they often struggle to break through his notoriously stiff direction and writing and reach the emotional highs they should.

That’s not the case whenever McGregor is called to action. His speech to Anakin Skywalker on Mustafar at the end of Revenge of the Sith is the Prequel Trilogy’s most emotionally resonant moment, and that’s the result of McGregor’s confident, vulnerable performance.

It’s for those reasons that McGregor’s performance has been hailed as one of the high points of the Prequel Trilogy. 17 years after Revenge of the Sith’s release, the same has proven to be true for Obi-Wan Kenobi, a series that, while thrilling in parts, would fall apart were it not for McGregor’s compelling and raw performance.

From the opening moments of Obi-Wan Kenobi to its last, McGregor is asked to carry the emotional weight of the series on his back, and he does it so easily that it’s almost tempting to underplay how difficult of a challenge that is. The show’s six episodes not only require him to portray a complex and often unspoken emotional journey, but also imbue his performance with the constant weight of a decade of emotional baggage. That would be hard no matter the circumstances, but it’s even more difficult to do in a show that’s as plot-driven as Obi-Wan Kenobi.

Nonetheless, McGregor does it, and in the finale of Obi-Wan Kenobi he even gets a moment opposite Hayden Christensen that’s just as heartbreaking and wrenching as the one they share at the end of Revenge of the Sith.

The Inverse Analysis — For many years, the thought of anyone other than Alec Guinness playing Obi-Wan Kenobi might have seemed foolish. But McGregor’s performance feels just as iconic and important. That’s a testament not only to McGregor’s talent as a performer, but also to George Lucas, whose ability to recognize talent resulted in him pulling off one of sci-fi’s most brilliant casting coups. 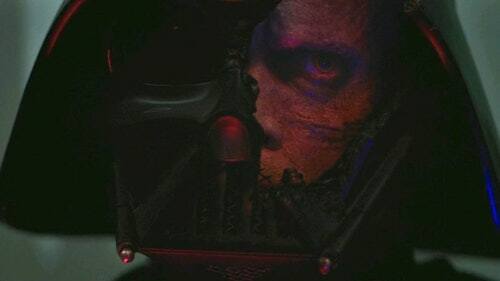 'Obi-Wan Kenobi's biggest plothole proves it can’t escape the Prequels curse
Why did Darth Vader do what he did? The plot made him! Here's why Star Wars canon forced Obi-Wan and…

Inverse
From analysis to the latest developments in health, read the most diverse news in one place.
'Andor': The next Star Wars show can fix 'Obi-Wan Kenobi's biggest mistake

'Obi-Wan Kenobi' left the fate of several characters open to interpretation, but was this just foreshadowing the next chapter in…