O'Mahony, who was superb in Ireland's tour series triumph in New Zealand, is one of a number of Test players to get their new campaigns up and running for the provinces this weekend.

Keith Earls, Simon Zebo and Mike Haley make up Munster's back three, Dan Goggin comes in at inside centre and Craig Casey gets the nod at scrum-half as they look to bounce back after the opening loss at Cardiff Blues.

Dave Kilcoyne makes his return having been out injured since March, while Stephen Archer also comes into the front row, and Rowntree has named a power-packed bench with Tadhg Beirne, Joey Carbery and Conor Murray all included.

“We’re looking forward to being back on home soil and looking for a response after our opening performance," said Dragons head coach Dai Flanagan.

"Munster don’t lose twice on the bounce often, so we must respect them. But we’ve also got to look after what we can look after, and we've got to show improvement.”

Bundee Aki returns for Connacht but is named on the bench as they also look for their first win of the new campaign, but face a difficult task against the title holders, the Stormers, in Stellenbosch.

However fellow Ireland back Mack Hansen does start, as does Ireland prop Finlay Bealham, as the westerners also chase their first win of the new season to dispel the disappointment of last weekend's showing against Ulster.

Cian Prendergast and Caolin Blade will line out before joining up with Emerging Ireland for the three-game South Africa tour. Jarrad Butler skippers a side that features six changes in the pack alone.

"After arriving on Tuesday, we’ve managed to get the required training done and we’re in a good space heading into our game against the Stormers.

"I don’t believe that our performance against Ulster was reflective of all the hard work we’d put in during pre-season, and I’m very confident that we’ll deliver a much improved performance on Saturday against last year’s champions.”

Ulster boss Dan McFarland has made seven changes to Saturday's meeting with Scarlets, with John Cooney, Michael Lowry and Aaron Sexton included in the back line and Andy Warwick, Rob Herring, Kieran Treadwell and Nick Timoney coming into the pack.

Ulster defence coach Jonny Bell said: “Scarlets is going to be a different game this week in many ways.

"They are a team that like to play a bit of rugby and, with Dwayne Peel knowing the Ulster squad inside and out, I have no doubt that he’ll have something up his sleeve.

"We need to be on our mettle against a very good side, and it’s going to be a challenge for us defensively, but that’s what we want.” 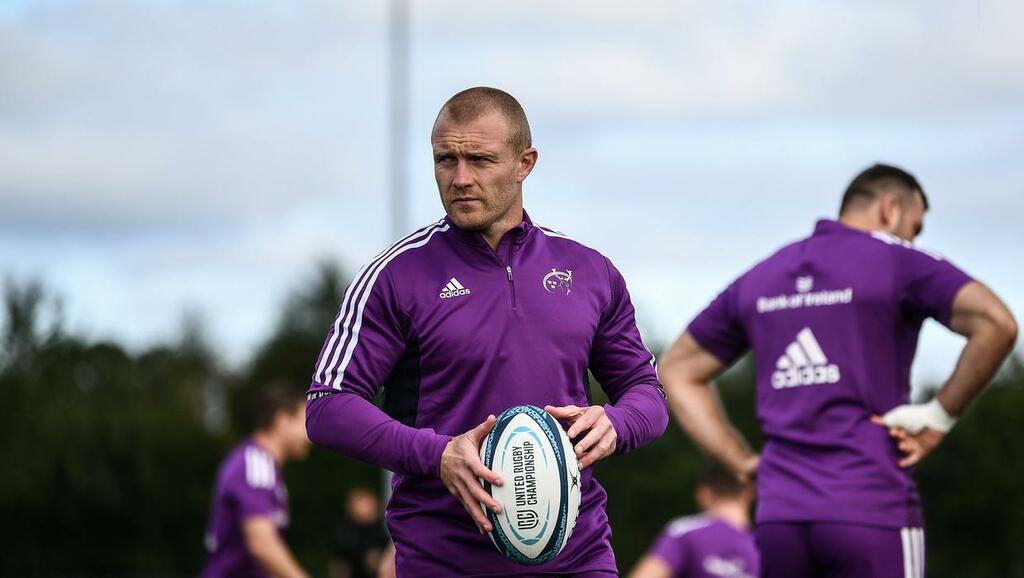 URC team news: Munster and Connacht recall big guns as they search for first win of the season
Head coach Graham Rowntree has made eight changes to his Munster side for Sunday's trip to Rodney Parade to face…

Old friends will be reacquainted at Rodney Parade tomorrow (3.0), when JJ Hanrahan looks to guide his new team to…

After a humbling at the hands of one of their Irish rivals, the last thing Connacht would have wanted was…

The Wales flanker makes his first start of the season

In scoring Ulster’s first try of the new campaign against Connacht last week, Luke Marshall was the beneficiary of one…