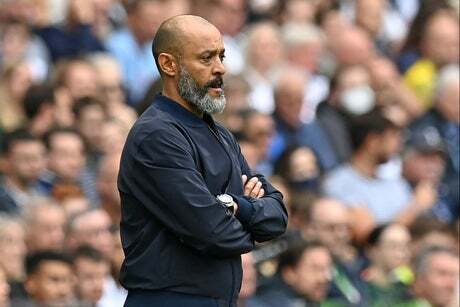 Arsene Wenger has spent the week earnestly promoting his and FIFA’s plan to reorganise the football calendar and hold a World Cup every two years.

The crux of Wenger’s argument, outlined to reporters on Thursday, is a desire for more meaningful matches and less disruption to club football from the international game.

The Frenchman wants all international qualifiers to take place in a single block in October and spoke about how he would have welcomed fewer international breaks at Arsenal.

At present, no manager in the Premier League is likely to be feeling that disruption more acutely than Nuno Espirito Santo, with the Tottenham head coach faced with picking up the pieces from a potentially damaging fortnight ahead of the Saturday lunchtime derby at Crystal Palace.

Nuno could scarcely have made a stronger start at Spurs and he has been named manager of the month for August after guiding them to the top of the fledgling table via 1-0 wins over Manchester City, Wolves and Watford.

But as the squad re-assembled for a late afternoon session on Thursday, Nuno was sweating on the availability of a number of players.

He is definitely without South American trio Giovani Lo Celso, Cristian Romero and Davinson Sanchez, who are training in Croatia to avoid a 10-day quarantine, while Heung-min Son, Oliver Skipp and Steven Bergwijn picked up knocks for their countries.

Ryan Sessegnon is already out of tomorrow’s game with a recurrence of a hamstring problem.

It is the kind of disruption any manager could do without but particularly one who is still getting to know his squad, while trying to implement his ideas and integrate a number of new players.

Sanchez, Skipp, Son and Bergwijn all started Spurs’ first three League games as Nuno immediately struck on a winning formula. He used the same XI against City and Wolves and made just one change for Watford, with the returning Harry Kane replacing Lucas Moura.

Nuno will provide an update on Friday afternoon but he will have to make at least one change on Saturday and, in a worst case scenario, rethink his entire system.

In crisis, there are always opportunities, however.

In the absence of Sanchez and Romero, new signing Emerson Royal, Matt Doherty and Joe Rodon will all be eyeing a place in the defence, while if Son is unavailable it could open the door for summer signing Bryan Gil, who impressed on Spain duty this week.

Tanguy Ndombele, meanwhile, wants to fight for his place at Tottenham and is hopeful of making his first appearance of the season tomorrow or on Thursday.

Ndombele angled for a transfer in the summer was not selected by Nuno during pre-season or for any of Tottenham’s five matches in August but he has trained all week, and spoken to Nuno and managing director Fabio Paratici since the window closed.

He has been included in the squad for the Europa Conference League group stage, having been omitted from the list for the two-legged play-off against Pacos de Ferreira, and could feature at Rennes on Thursday, if not at Palace.

Nuno will likely be reluctant to throw Emerson, Ndombele or Rodon straight in after so little football and he will likely aim for an approach that ensures Spurs remain above all industrious and hard to beat.

“I always say that it’s down to the hard work of the players,” Nuno said after being named August’s manager of the month.

“The players have worked really hard in pre-season and that gave us the ability to compete well in the beginning of the season.

“In the league they’re tough matches and always very competitive, but the credit is for the players because they are the ones who delivered the results and the performances.”