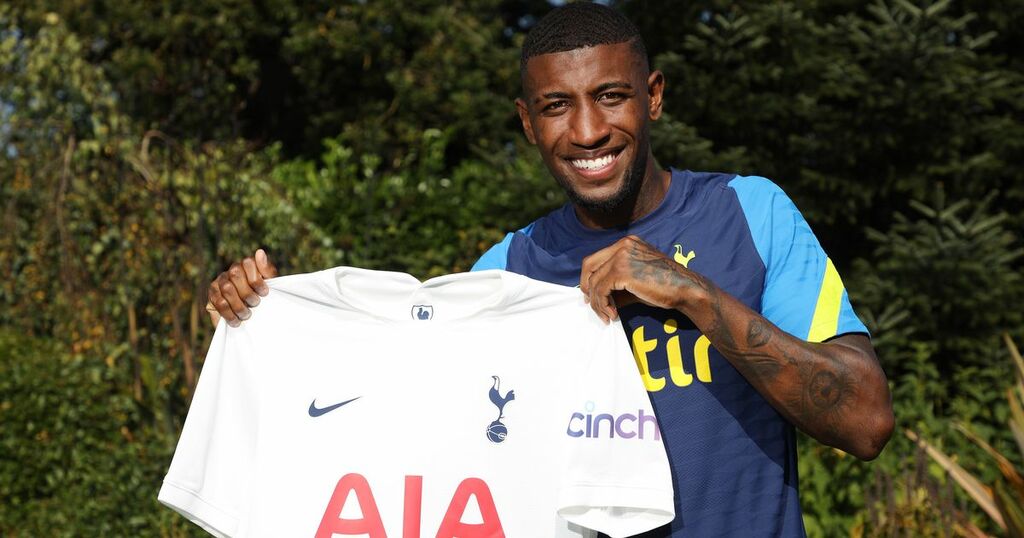 Emerson Royal could be in line to make a surprise Tottenham debut on Saturday, after a number of players have suffered injuries on their international duty.

Royal arrived at Hotspur Way on Tuesday and put up a post on his Instagram page: "I proudly arrived at this club, that welcomed me with arms wide open.

"I am very grateful and I will give it back, for sure, with all my strength."

The 22-year-old was bought by Spurs from Barcelona on deadline day, for a reported fee of just over £25million.

The Brazilian seems to have settled straight in with those of the first team who have not been on international duty.

The Lilywhites could be without a number of key players when they make the trip to Selhurst Park, after injuries and isolation problems.

Giovani Lo Celso, Cristian Romero and Davinson Sanchez will all miss out on the London tie due to isolation upon their return from red list countries, after playing with Argentina and Colombia respectively.

The Argentine duo have faced much controversy over the last few days, after their fixture against Brazil was suspended due to health officials and police officers entering the pitch because of issues with isolation upon arrival in Brazil.

Alongside the trio, four players could be out due to injury, meaning Nuno Espirito Santo could be without up to seven players when they return to the Premier League.

Son Heung-min sustained a muscle injury for South Korea whilst training on Monday, which left him out of the team for their game against Lebanon on Tuesday.

Oliver Skipp limped off in the England Under-21s game against Kosovo on Tuesday night, after sustaining a groin injury inside the final 10 minutes of the game.

Skipp's teammate Ryan Sessegnon had to withdraw from the England Under-21s after picking up a knock in training whilst preparing for their fixture on Tuesday night.

Steven Bergwjin came off after the hour mark in the Netherlands' match against Turkey on Tuesday, and was pictured with ice on his left foot.

It is not yet clear how serious any of these injuries are but they may all miss out on Sunday's game if they are not deemed fit enough.

Although a blow for the fans and the Spurs boss, it does pave way for the new right-back to potentially make his debut.

It originally seemed like the new arrival would have to compete with Japhet Tanganga for his place in the back four, but these injuries may be a blessing in disguise.

The London-born defender has had a flying start to the season and has been Espirito Santo's first choice in all of Spurs' opening three Premier League games.

However, Tanganga can play in a central defensive position as well and if the Tottenham head coach offers him this role, Royal could slot in beside him.

With uncertainty over Joe Rodon's fitness and the two centre-backs isolating, Saturday could become the perfect opportunity for Tanganga to prove himself and play alongside Eric Dier in the middle, whilst Royal to make his Tottenham debut.