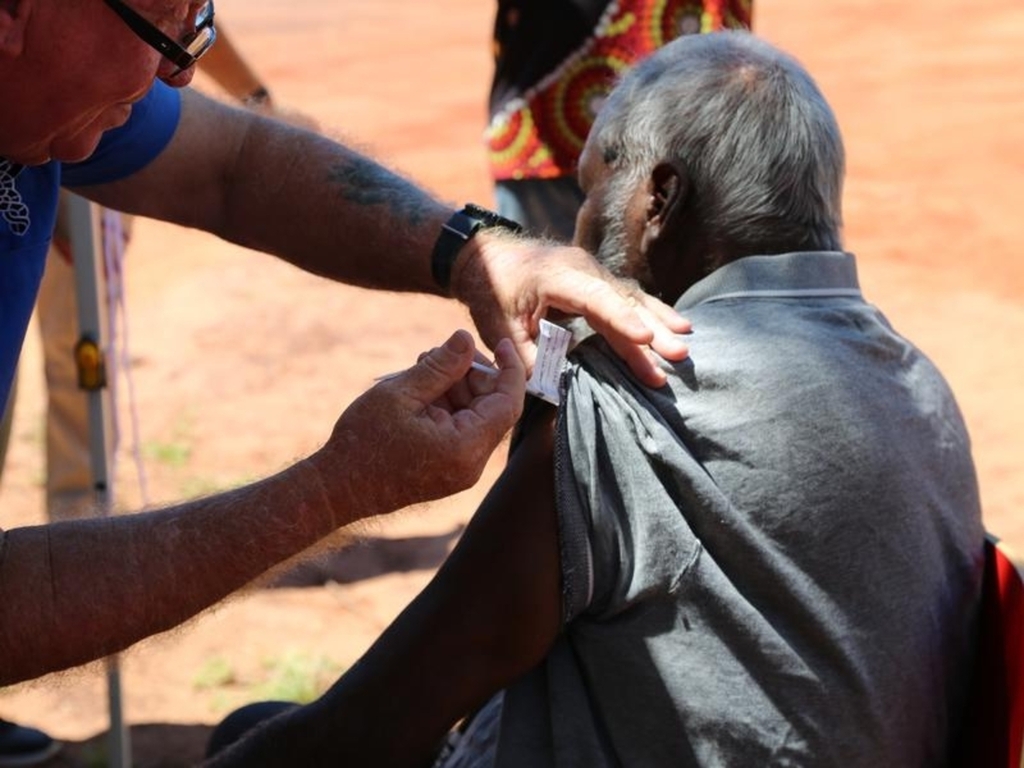 In some remote Northern Territory Indigenous communities, less than 10 per cent of the population have received a dose of the COVID-19 vaccine.

Pockets of vaccine hesitancy persist in Central Australia and the Barkly region, raising concerns for the vulnerable Aboriginal residents, many of whom suffer from chronic health problems.

The community of Alpurrurulam, on the Queensland border near Mt Isa, had the worst vaccine uptake, according to recent figures released by the NT government.

Eight per cent of the 350-strong population have received their first dose, with five per cent fully vaccinated.

The vaccine rollout has also been slow to reach Aputula, 317 kilometres south of Alice Springs on the Finke River.

There too, only eight per cent of the 160 community members have received their first dose and five per cent are fully vaccinated.

In another five communities, first dose rates are less than 15 per cent, with under 10 per cent of the population fully vaccinated.

Overall, 35 per cent of Aboriginal people living in the remote communities in Central Australia have received their first vaccine dose and 23 per cent are fully vaccinated.

It's lower in the Barkly region, where 18 per cent of residents have received their first vaccine dose and 13 per cent are fully vaccinated.

Vaccine supply isn't an issue in the NT, with the federal government providing ample Pfizer jabs for the territory's 246,500-strong population.

The low vaccine uptake rates in southern communities belie the success of the NT's remote vaccine rollout to the Top End.

There, about 60 per cent of the remote Indigenous population have received their first dose as health workers race to jab as many people before the wet season cuts some communities off until 2022.

Alyangula, the largest township on Groote Eylandt, is the standout, with more than 80 per cent of the 400 residents fully vaccinated.

"We're seeing excellent take-up across much of the Top End, but can still do better," Chief Minister Michael Gunner said.

"The main stress is in Central Australia, these are mainly small communities and with our good data we can now drive our work rate and get those vax rates up."