By Alicia Perera and Steve Vivian 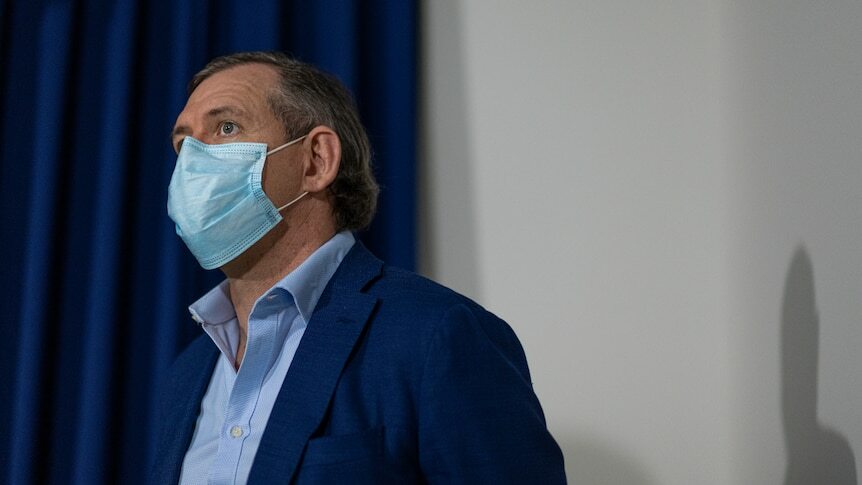 The Northern Territory government says it will mandate the reporting of positive rapid antigen test results, as COVID-19 hospitalisations in the Territory drop slightly.

There are currently 24 people with COVID-19 in hospital in the NT, down from 28 yesterday.

Eighteen have been classified as acute cases, and one is requiring intensive care.

Of those, 214 new cases – or nearly half – were positive results from rapid antigen tests.

Across the Territory, 2,594 PCR tests were processed yesterday.

The outbreak in Yuendumu, in Central Australia, remains at 24 cases.

Mr Gunner said there had been a "modest increase" in vaccinations in the community over the past few days.

Mr Gunner said he believed the growth in the Northern Territory's case numbers was "fairly controlled".

"We do not have a high proportion of severe cases, which indicates our high vaccination rate is doing its job.

"And our testing numbers are high, so we believe we are catching a large proportion of positive cases."

Once the order comes into effect, failure to report a positive result will be a breach of Chief Health Officer directions and result in a $5,000 fine.

Yesterday the NSW government introduced a similar rule, which authorities believe led to a major spike in reported case numbers.

Mr Gunner also said the government would expand the use of rapid antigen testing in the Northern Territory.

From today, people in the NT will no longer need to get a PCR test to confirm a positive rapid antigen test.

Positive cases in isolation will also no longer need to take a final PCR test to finish their isolation period as long as they are no longer symptomatic.

Close contacts are now only required to take a rapid antigen test in the first three days of isolation.

Acting Deputy Chief Health Officer Marco Briceno said the NT had reached a stage where getting results back fast was the priority for authorities.

"Rapid turnaround of results is more important than the superior accuracy that we were seeing on PCRs, which is particularly important in low prevalence settings."

Mr Gunner said expanding rapid antigen testing for a faster turnaround in results would give authorities "an advantage over Omicron".

Mr Gunner said 16 cases had been recorded in the Amoonguna community south-west of Alice Springs, which he labelled "concerning".

Amoonguna will enter a five-day lockout from noon today to help contain the spread of the virus.

That means unvaccinated residents in the community can only leave home for four reasons.

These are: medical treatment including testing and vaccination, for essential goods and services, for one hour of exercise while wearing a mask, and to provide care and support to family member or person who cannot support themselves.

NT Police Acting Commissioner Michael Murphy said the police and welfare support worker presence on the ground in Amoonguna would be ramped up to ensure residents had access to provisions and movement was limited.

Dr Briceno said the trend in the NT's daily COVID-19 totals over the past week showed cases were "remaining steady", after jumping sharply for several weeks before.

He said it was especially encouraging that a lot of those people were not getting sick to the point of needing hospital care.

"We have seen, since Christmas, a tenfold increase in cases, but we haven't seen that continuing for the last week," he said.

Mr Gunner said the daily case numbers this week showed the Territory's strategy of "flattening the curve" was working.

"At the moment, in the Territory, we've essentially flattened that Omicron curve," he said.

"It's too early to say it's definitely flat, but we have certainly flattened it.

"Active cases are being maintained at a consistent rate.... and we know that...  500 a cases days equals [a certain number of] hospitalisations, and we're able to deal with it all."