By Exclusive by Jesse Thompson 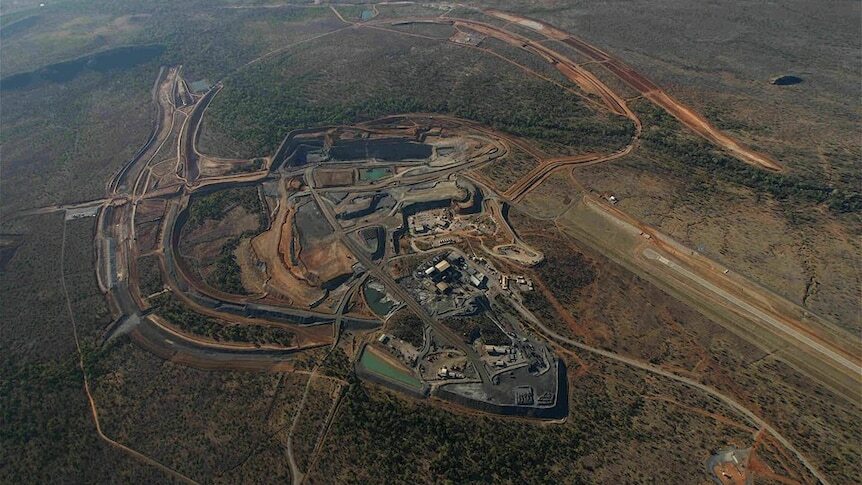 The Northern Territory government’s mining department proposed an even bigger reduction of the environmental security bond for a massive lead and zinc mine before that bond was controversially slashed last year, according to internal government documents.

The McArthur River Mine’s security bond — a risk-based deposit held by governments to cover the cost of mining-related environmental harm — was reduced from $520 million to $400 million when a major expansion was approved (without sacred site approvals) late last year.

But documents released to the ABC under Freedom of Information laws reveal the Department of Industry, Tourism and Trade (DITT) calculated an even lower bond at $355 million.

The $400 million figure — intended to cover overall disturbance and rehabilitation at the site — was proposed by the Glencore-owned mine itself, using the same security bond calculator.

The $120 million reduction is currently being challenged in a civil lawsuit making its way through the NT Supreme Court.

Kirsty Howey from the Environment Centre NT (ECNT), which is involved in the litigation, said the department's calculation was "woefully low and, in fact, undercuts the mine's own analysis of what the security bond should be".

“It’s a very, very strange scenario when you have a mining company such as Glencore effectively correcting a calculation done by the regulator,” she said.

‘Mining regulation is failing us’

Almost 1,000 kilometres south-east of Darwin, the McArthur River Mine (MRM) is one of the world's largest lead and zinc mines, and employs about 1,000 people.

It has been at the centre of several environmental scandals, including a waste rock dump fire that sent plumes of toxic smoke into the Gulf of Carpentaria region for months in 2013.

The released documents show that last November's reduction in the security bond was attributed to changes in the management of the mine's waste rock stockpiles, which has reportedly become less costly.

The legal action, launched by the Environmental Defenders Office on behalf of the ECNT and traditional owners from a community on the mine’s outskirts, Borroloola, alleges Ms Manison failed to set a bond in accordance with the level of environmental disturbance.

Ms Howey said the $355 million figure showed the department was conflicted, because it both facilitated mines and had a role in regulating them.

“We have a situation here where the mining department, DITT, is not just the environmental regulator of the industry but also promotes the industry, and that creates perceptions of a fundamental conflict of interest that must be resolved.”

The Northern Territory government said the higher bond figure was verified by an outside consultancy before it was accepted by Ms Manison.

“The security bond was reduced after a rigorous assessment process," a spokeswoman said.

"The higher amount from the Independent Auditor's estimate was recommended to the Minister, in keeping with usual Department process."

One purpose of security bonds is to stop costly rehabilitation efforts falling to the taxpayer if mines default on their responsibilities.

But several independent assessments of the MRM security bond, which has varied over the years, have concluded it would not cover the necessary rehabilitation at the site.

He said the complexity of the McArthur River site increased the likelihood rehabilitation efforts had been underestimated.

He said it was unclear what standards and methods the security estimates relied on.

Site rehabilitation and monitoring are widely expected to take hundreds of years after mining operations cease.

"One of the problems we have with the way bond systems work is there's really no transparency on the actual calculation,” Dr Mudd said.

"That's something we need transparency on — the community needs certainty, I think, and has a right to know."

The department ruled that a summary of its security calculation was exempt from disclosure because it "clearly contains sensitive financial information, which, if disclosed would cause unreasonable disadvantage" to the mine by making the information available to its competitors.

It concluded the public interest in government regulation and environmental controls did not outweigh the potential commercial disadvantage releasing the documents would pose to the mine.