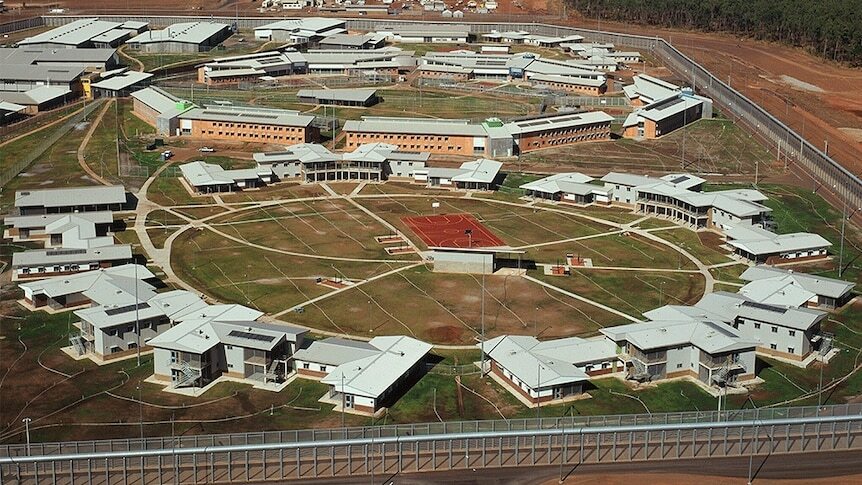 The Northern Territory government and Correctional Services staff have admitted to using capsicum spray during a riot at Darwin Correctional Centre in May 2020, but have denied claims that two prisoners are eligible for compensation for mistreatment after the violence broke out.

Matej Vanko and Jefferson Bradshaw have filed separate statements of claim against the Northern Territory of Australia, the general manager of the Darwin prison and the Commissioner of Corrections, claiming they were subjected to assault, battery and false imprisonment in the aftermath of the riot.

Court documents said the damage to the prison from the May 13, 2020, riot was likely to exceed $20 million.

Vanko was sentenced to life in prison in 2014 for the "cold, calculated and callous" murder of Donald Stevens, as well as lesser crimes against Mr Stevens' sister.

Bradshaw was jailed in December 2019 for driving offences.

In a statement of claim filed with the Northern Territory Supreme Court, Vanko said "he felt he was going to die" after Correctional Services staff allegedly deployed capsicum spray directly into his face during the riot.

While the defendants admitted, in a notice of defence to the court, to deploying CS spray while prisoners were on the roof of the facility's education building, they denied Vanko suffered injuries as a result.

Vanko said he was then placed in solitary confinement and remained that way after being moved from Darwin to the Alice Springs Correctional Centre.

Documents alleged he was denied access to fresh drinking water and was forced to defecate, urinate, eat and shower in his cell.

Vanko further claimed he was subjected to "harassment from other prisoners regarding his body and size of his genitalia" after his clothes were cut off him by correctional officers when he was being restrained for banging on his cell.

"The plaintiff … has been the subject of sexual ridicule and bullying," the statement claims.

The NT government and Correctional Services admitted to removing Vanko's clothes but denied other allegations.

The court documents alleged Vanko "was left feeling like a tortured animal" and was "vulnerable", "traumatised" and "humiliated".

Bradshaw claimed he was subjected to similar treatment while in solitary confinement, alleging he was "not permitted to use cutlery", "not given access to a toothbrush" and for approximately five months was "deprived of any sugar and tea".

Further, Bradshaw claimed Correctional Services staff applied force when transferring him to the medical building after the prison riot, with one allegedly telling him "I'm going to grind your teeth to the ground and crack your skull open".

Corrections denied the allegation and said Bradshaw "repeatedly dropped his weight" while being escorted to a cell.

In response to further allegations of force, Corrections said: "The plaintiff bit a correctional officer on the thumb and was restrained on the ground to secure his compliance".

Bradshaw said he was "in a position of special vulnerability" in relation to the correctional officers due to his Aboriginality.

The NT government and NT Correctional Services said they were "not civilly liable" in respect to Jefferson's claims and denied Vanko was entitled to damages.