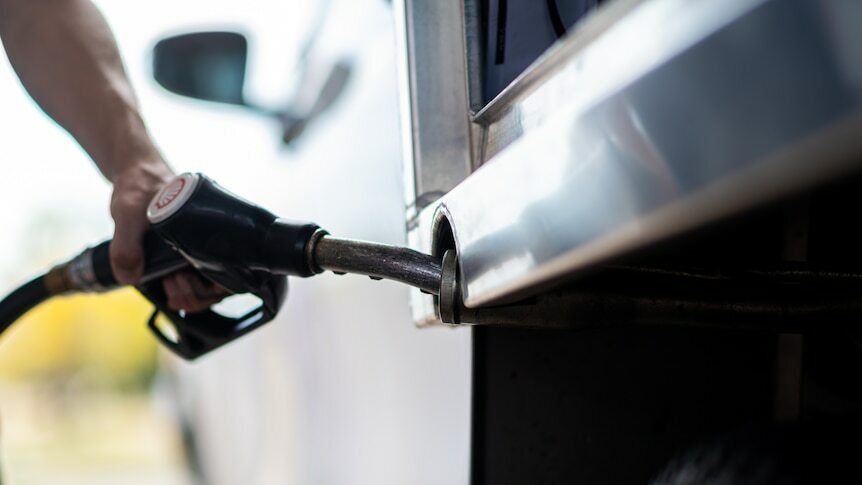 Like other motorists, Wendy Bartel has seen her fuel bill steadily increase over the past year.

"As it gradually rose, I was getting quite angry and thinking, why?" she said after filling up at an inner-city service station in Darwin.

But a recent trip interstate has given her a new perspective on the $1.51 per litre she is currently paying.

"I've just been down south and [the Darwin prices] are great," she said.

Over the past year, average petrol prices in the Top End capital have risen by 33 cents.

But according to the latest data compiled by the NT Department of Treasury and Finance, four other capital cities had higher average prices in August.

The most expensive petrol was in Sydney, where drivers were paying an average of $1.58 per litre, followed by Brisbane, Hobart and Canberra.

But for Darwin motorists, there is little comfort in knowing local fuel prices are slightly below the national average.

For Territorians living in regional centres, the costs are even higher.

According to the NT government data, petrol is $1.74 per litre in the Katherine region and $1.89 in the Alice Springs region.

At the time, the margin between the wholesale and retail price in Darwin was 35 cents per litre — the second highest of all the capital cities.

But for almost a year, the margin has been significantly lower, including last month when it was just 9 cents — the second lowest in the country.

The Chief Minister used the latest figures to explain why the government has not yet proceeded with a legislated cap on retail fuel margins.

"Since I raised my concerns 18 months ago, retail fuel margins in the Territory have consistently been among the lowest in the country," Mr Gunner said.

"Unfortunately, prices are high across Australia right now because the price of crude oil is high.

Edon Bell, the operations manager at the Automobile Association of the NT, agreed international factors were the main reason Territory drivers were spending more on fuel.

But he said petrol bills would be even worse if the retail fuel margins had not fallen over the past year.

"That, to me, says that the fuel industry is playing their part," Mr Bell said.

"And if consumers generally are shopping around and ensuring they are looking at the best price of the day, that's going to drive competition."