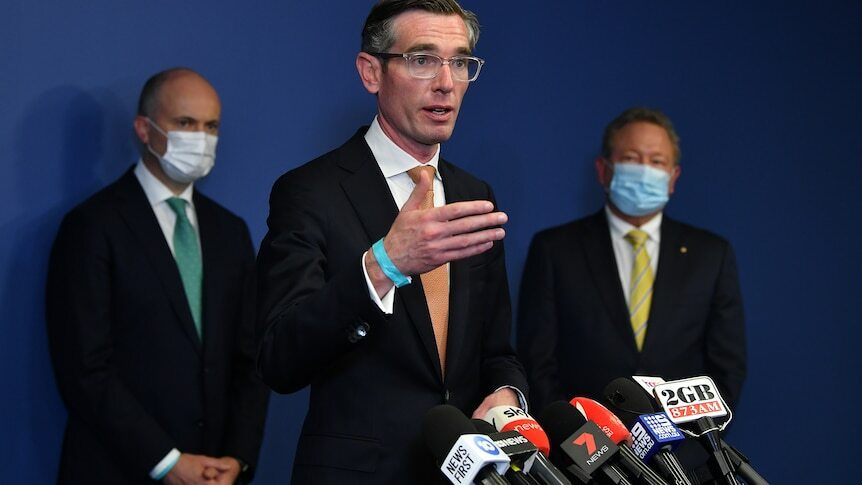 Premier Dominic Perrottet says a hydrogen strategy unveiled by the NSW government that aims to help the state hit net zero emissions by 2050 is "world-leading”.

The strategy provides up to $3 billion in incentives for green hydrogen production, including tax exemptions, and incudes plans for a "hydrogen refuelling highway" between Melbourne and Brisbane.

Mr Perrottet unveiled the blueprint at a media event with mining magnate Andrew "Twiggy" Forrest in Sydney this morning.

The Premier said the plan would create tens of thousands of jobs and secure NSW as an "energy superpower".

"A lot of these investments, a lot of the jobs it creates will not come tomorrow. They will come in years and decades to come," the Premier said.

"Today's $3 billion hydrogen strategy is nation-leading, world-leading, and sets up our state for future success."

It is hoped the strategy would attract more than $80 billion in investment.

Mr Forrest said the strategy was about "leaving the planet better than we found it for our kids".

Earlier this year the Clean Energy Council warned NSW risked falling behind other states — of all which have established hydrogen deployment funds — if it did not develop a comprehensive plan of its own.

"Today's announcement will support $3 billion worth of investment to grow the hydrogen industry, focused on the Illawarra and the Hunter. That means we future-proof those regions and ensure that there are high-paid jobs in those areas," Mr Kean said.

"We will see 10,000 high-paying jobs in the hydrogen industry by 2030 as a result of this policy... those jobs because of the location of deep water ports will be concentrated in the Hunter and the Illawarra."

The state government has already committed $70 million to develop hydrogen hubs in the Hunter and Illawarra regions.

"Coming off the back of earlier announcements such as the gazettal of the Hunter and Central Coast as a Renewable Energy Zone ... the eyes of the world are on the region," global chair Andrew Horvath said.

"There is much heavy industry that will require green hydrogen to decarbonise."

That decision was made against a backdrop of growing division within the federal Coalition over a national plan for net zero by 2050.

The new hydrogen strategy signals a transition away from coal, which remains the biggest export for NSW.

Mr Kean said demand for coal was declining rapidly around the world, and hydrogen provided a natural hedge as the change took place.

"We envisage that the hydrogen industry will be bigger than the coal industry by 2050," he said.

The not-for-profit is funded by philanthropists and aims to accelerate a global energy transition away from coal.