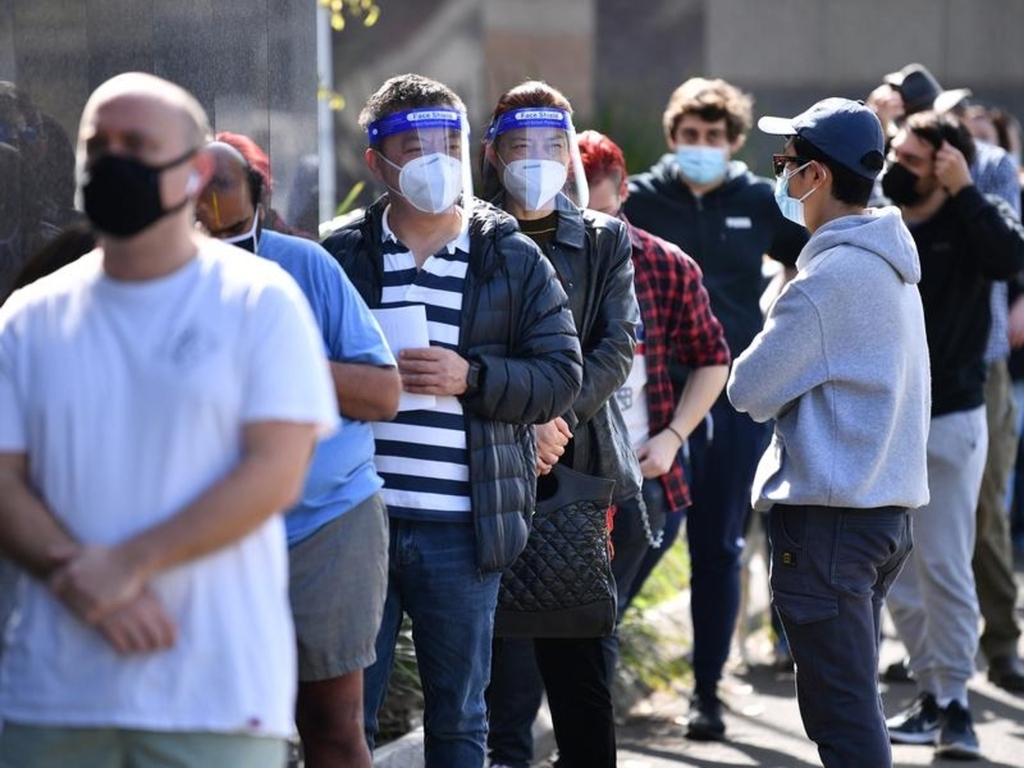 NSW has crossed the 80 per cent COVID-19 first-dose vaccination threshold, prompting the removal of curfews in western and southwest Sydney's 12 local government areas of concern.

The state reported 1259 new locally acquired cases of COVID-19 and 12 deaths in the 24 hours to 8pm on Tuesday.

It takes the death toll for the current outbreak to 198.

NSW reached the 80 per cent first-dose vaccination milestone for those aged 16 and over late on Tuesday, enabling the government to remove the overnight curfew across western and southwest Sydney.

The government acknowledged when implementing the curfew that it would have minimal effect on COVID-19 transmission and was more useful as a tool for policing lockdown compliance.

It comes a day after Premier Gladys Berejiklian met with the 12 council areas' mayors and listened to their concerns.

However, all other restrictions will remain in place until 70 per cent double-dose coverage is reached in roughly mid-October.

"We can't move on anything else just now. We need everybody to hold the line," she said on Wednesday.

The 70 per cent milestone will trigger the restoration of numerous freedoms, including small indoor gatherings for the fully vaccinated.

Ms Berejiklian made clear the government would hold firm and ban the unvaccinated from restored freedoms at 70 per cent.

"At 70 per cent we've been clear and extremely black and white ... it will be a health order and the law that if you're not vaccinated, you can't attend venues on the road map," she told reporters.

"If you're not vaccinated, you can't go to a restaurant, to a cafe."

Meanwhile, Australian Defence Force personnel have joined NSW Police in the Illawarra region to help with COVID-19 welfare and compliance checks as cases of the virus increase.

Authorities became concerned after the Illawarra Shoalhaven Local Health District recorded 80 cases on the weekend and 17 on Monday.

Additionally, the future of locked-down southwest and western Sydney was debated on Wednesday during a two-hour economic recovery summit hosted by the NSW Labor opposition.

The summit heard that confusion and fear over vaccination rules and exposure risks are plaguing NSW businesses, who want more clarity.

Elsewhere, the town of Young may also soon go into lockdown after a COVID-positive person travelled through the area, as well as Mudgee and Wagga Wagga. It comes after Yass returned to lockdown.

Chief Health Officer Kerry Chant said she was seeking advice on the matter after COVID fragments were also detected in Young's sewage.