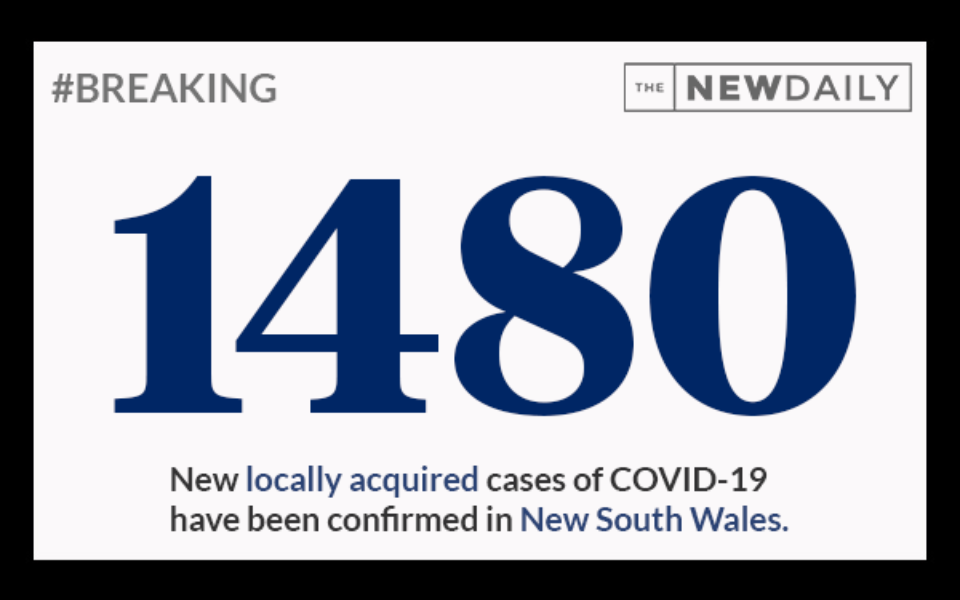 It came as it hit another significant vaccine milestone, with 75 per cent of the eligible (over-16s) state population having had at least one shot.

The nine people who died were aged between 20 and 100. Seven were unvaccinated, one had received one dose, and one had had two doses.

Their deaths take the total number linked to the current outbreak to 148. Since June 16, the state has reported 31,914 locally acquired cases.

“On behalf of NSW Health, I do extend my deepest sympathies to the families of those individuals who have lost their lives,” deputy chief health officer Marianne Gale said.

Dr Gale encouraged people in the Bonny Hills area of the mid-north coast to come forward for testing if they had respiratory symptoms after wastewater analysis found COVID-19 in the sewage there, despite no reported cases.

Across NSW, 1136 people are in hospital with COVID-19, with 194 people in intensive care and 78 requiring ventilation.

Majority of children have no symptoms

Professor Kristine Macartney, a paediatric infectious disease consultant at the Children’s Hospital at Westmead, joined the Premier at her daily COVID update.

Referring to a report released on Wednesday by the National Centre for Immunisation Research and Surveillance, Professor Macartney said the centre had analysed the 51 educational facilities across the state where there had been confirmed cases of COVID-19.

She said the highest rate of spread was among unvaccinated adult staff, especially at child care centres.

“The spread of virus also occurred from adults to children but the spread between children themselves was very low,” Professor Macartney said.

Ahead of the staged return to school in October, Professor Macartney said the latest report from the NCIRS confirmed what authorities already knew about the virus.

It showed the Delta variant was being transmitted among children at higher rates than previous strains, but “the majority of children who have become infected have not had symptoms, or had only mild symptoms and this is certainly the case for the children infected in educational centres as well”.

The report found 98 per cent of 2864 cases among under-18s since June 16 were asymptomatic or had mild infection.

“Only around 2 per cent will require hospitalisation and for many of those 2 per cent, it’s for monitoring and social care,” Professor Macartney said.

“Unfortunately, often their parents are unwell with COVID-19 and that’s why they’re being cared for in the hospital.”

The daily update came after the Nine Newspapers reported that the federal government would start issuing international vaccine passports from October.

The vaccine passports will be available in printed form or on travellers’ phones, with the Morrison government reportedly working on a system that will allow people to link their passport chips to their vaccination status.

NSW Digital Minister Victor Dominello has said the NSW government will begin trialling its own proof-of-vaccination venue-check-in service – housed with the Service NSW app – before the end of the month.

Elsewhere, the ACT reported another 20 cases on Wednesday. Nine are linked to existing outbreaks, with the remainder still under investigation.

Seven were in quarantine during their entire infectious period.

Ten people with COVID-19 are in ACT hospitals, including two in intensive care.