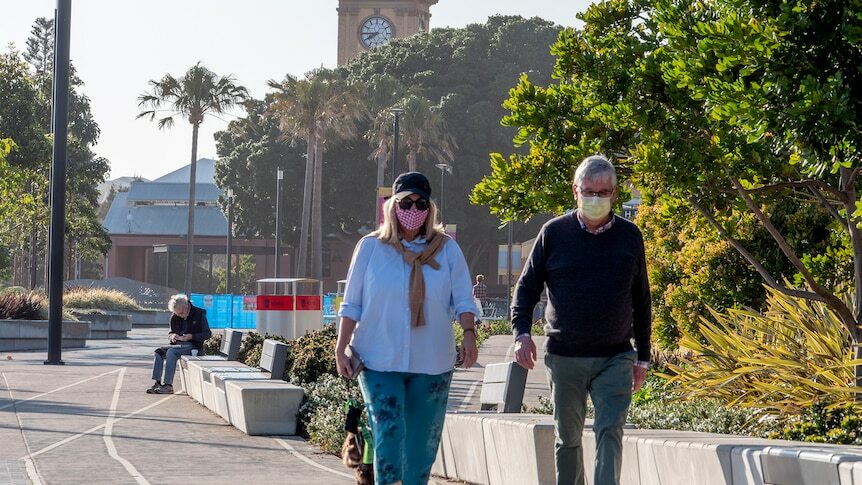 The reopening of large parts of regional New South Wales is being met with a backlash from doctors and Indigenous communities concerned COVID-19 will inevitably spread further among vulnerable populations.

From tomorrow stay-at-home orders will be lifted across the majority of the state, but the rules will stay in place for large parts of the west and the South and Mid North coasts.

The NSW Rural Doctors Association president Charles Evill says the double dose vaccination average of 40 per cent in most areas outside of Greater Sydney is "alarmingly low".

"These figures make us rather cautious about going ahead with opening up these areas where the potential for spread is quite large," he said.

Dr Evill said the risk of transmission to areas that had not recorded cases for 14 days would be greatly increased by more people moving around the state.

The state government has warned it will not hesitate to reimpose restrictions if anyone becomes infectious in those communities.

Three Aboriginal people have now died and case numbers have tipped the 900 mark.

But chief executive Scott McLachlan said the region is on track to have the highest rural immunisation coverage in the country.

"There's light at the end of the tunnel," he said.

The region is expected to hit 70 per cent double doses by October, along with the rest of NSW.

The majority of the state's regional cases of COVID-19 are in the Aboriginal community.

The NSW Aboriginal Land Council has called for Indigenous vaccination rates, which are among the lowest in the country, to be considered before the state reopens once 70 per cent vaccination rates are achieved.

"I'd like to know what her figure is for Aboriginal communities to be double dosed before she opens up our communities this side of the mountains," Cr Toomey said.

General practitioners play a vital role in delivering jabs but in some areas the number of doctors remains worryingly low.

Parkes, in the state's Central West, has faced a critical shortage of GPs for years and patients can wait for up to a month for an appointment.

The shire will stay in lockdown, but there are plans for the town's hospital to be used to treat COVID cases if room in major centres like Dubbo and Orange runs out.

"A lot of our regional based hospitals were already struggling coping with bad days in the emergency department before COVID," Dr Evill said.

Parkes GP Christina Carroll said her colleagues has been unable to deliver basic healthcare services for several months because their focus was on boosting vaccination rates.

"We have far too few GPs in Parkes already," she said.

"Being able to provide a normal service to the community has been virtually impossible.

"Add that to having to do vaccination clinics three and four times a week, and add that to a hospital system that is already rather stretched."

Dr Carroll said easing restrictions in surrounding local government areas, such as Cowra and the Lachlan, could put much more pressure on services.

In all 38 local government areas will stay under the orders, but restrictions will be eased in Albury, Wagga Wagga, Tamworth, Coffs Harbour, Port Macquarie, Lismore, Byron Bay and Griffith.

The majority of the Western LHD will stay in lockdown, but the Hilltops, Cowra, Yass, Upper Lachlan, Oberon, Bland, Weddin and Lachlan council areas will have some freedoms restored on Saturday.

People in those areas will be able to have up to five people in their homes, 20 people in outdoor settings and up to 500 people at ticketed and outdoor seated events.

The four-square-metre rule will apply for indoor venues including hospitality, retail, hairdressers, cinemas and gyms.

Schools will reopen, but staff and students in year 7 and above will be required to wear masks.