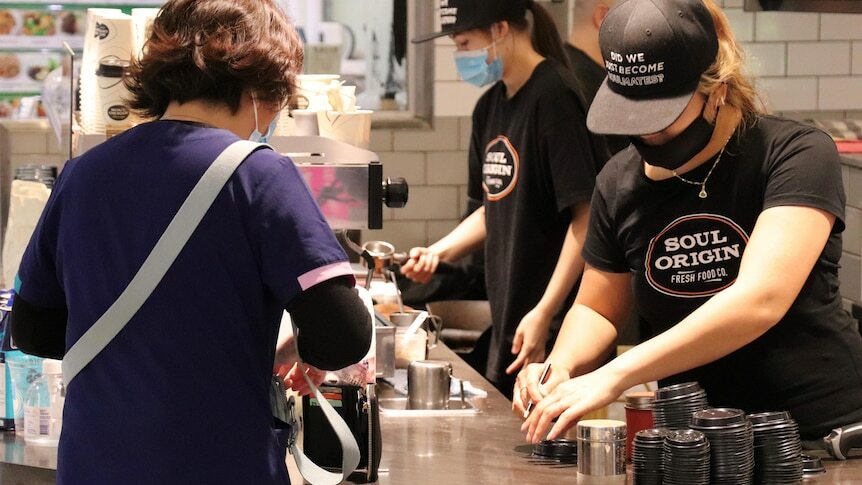 Three-out-of-four people in NSW over 16 years old are now fully-vaccinated, and the state recorded 444 new COVID-19 cases and four deaths in the 24 hours to 8:00pm yesterday.

NSW now has 90.8 per cent of its population aged 16 or over vaccinated with one dose, with 75.2 per cent fully inoculated.

A significant number of lockdown restrictions were eased for fully vaccinated people on Monday, after 70 per cent of people aged over 16 received two doses.

Restrictions will be relaxed again the Monday after NSW reaches 80 per cent double-dose coverage.

Yesterday, Premier Dominic Perrottet said that could happen as early as this weekend.

Mr Perrottet said the government’s COVID and Economic Recovery Committee — which was previously known as crisis cabinet — would meet tomorrow to discuss easing restrictions next week.

"The success of our vaccination rate has been absolutely superb and we've asked everybody across our state to make that effort and we hit 80 per cent," the Premier said.

"We've always said it'll be the Monday following. We will have this discussion with our team on Thursday, and we'll make a decision probably that night and to be announced on Friday in relation to that.

"I want to see New South Wales opened as quickly as possible, but ultimately, it needs to be as safely as possible."

Of the deaths, three people were in their 70s, and one person was in their 60s.

One of the fully vaccinated people was a man in his 60s with underlying health conditions who died at Nepean Hospital.

The other was a woman in her 70s with underlying health conditions who died at the Allity Beechwood Aged Care Facility in Revesby in Sydney's south-west, where she acquired her infection.

This was the seventh death linked to an outbreak at the centre.

An unvaccinated man in his 70s from south-western Sydney died at home and tested positive to COVID-19 after his death.

There have been 448 COVID-19-related deaths in NSW since the Delta outbreak began in June and 504 in total since the start of the pandemic.

NSW Health said a confirmed COVID-19 case was onboard Qantas flight QA509 from Brisbane to Sydney on Saturday, October 9.

Anyone who was on the flight which departed Brisbane at 7:10am and arrived in Sydney at 9:45am is a close contact and must get tested and isolate, regardless of the result.

NSW Health said it had revised the isolation period for close contacts of a COVID-19 case from 14 days to seven days for people who have been fully vaccinated at least two weeks prior to their exposure to the virus.

There are currently 716 COVID-19 cases admitted to hospital, with 150 people in intensive care.

A total of 105,508 tests were conducted in the reporting period.