Eight firearms, MDMA and other drugs were also seized in the statewide operation launched in the wake of the Taskforce Erebus arrests of 18 people in Sydney on Tuesday.

"This week we've succeeded in demobilising a significant drug supply syndicate operating from Sydney's southwest but also know the tentacles of illicit activity stretch far beyond our cities," he said on Friday.

"NSW attracts around 40 per cent of Australia's national organised crime population - many of whom attempt to evade the attention of police by operating outside of the Sydney metropolitan area."

Police estimate the sale of prohibited drugs in NSW is worth at least $3.7billion a year at street level and is a root cause of the state's recent spate of killings.

"These arrests send a clear message to anyone involved in organised crime; that we are aware of your illicit activities and will hold you accountable irrespective of your location," Det Supt Weinstein said.

Police say 23 kg of ecstasy, 2.5 kg of cocaine and a substance suspected of being methylamphetamine, collectively worth an estimated $4 million, were seized at two properties at Fairfield in Sydney's west on Tuesday afternoon.

In the Hunter Valley, a search at the home of a Life and Death bikie gang member recovered two rifles a pistol, 350 rounds of ammunition, gel blasters, an electronic stun device, drugs and cash on Wednesday.

The 49-year-old has been charged with 33 offences.

Two revolvers were also found during a stolen car search at Summer Hill in Sydney's inner west, while a shotgun, other prohibited weapons, drugs, $30,000 cash and stolen goods were seized in Riverina house raids in southern NSW. 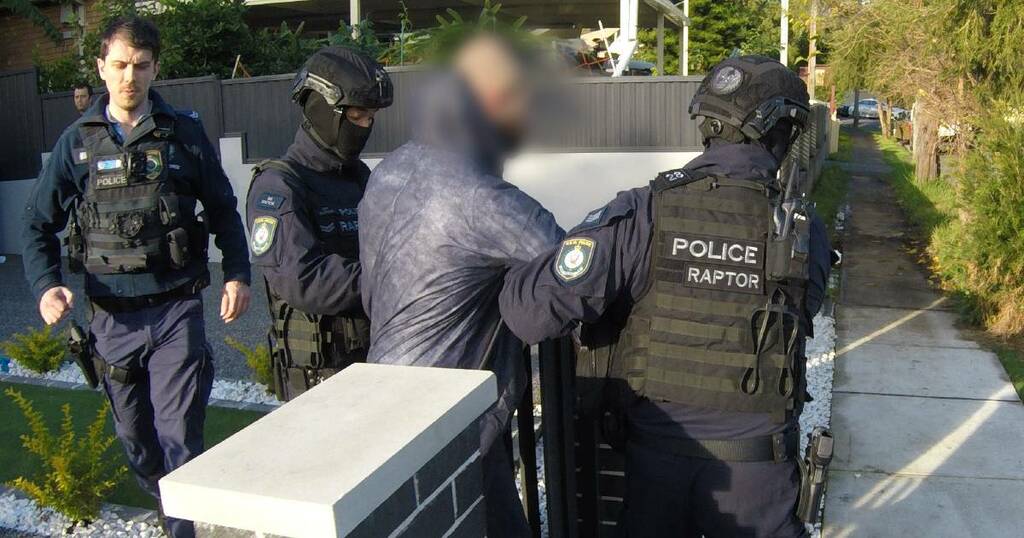 Hunter man charged in statewide organised crime operation
Police have arrested 45 people - including a man in the Hunter - and seized eight firearms, a hydraulic press…

Alleged members of a dial-a-dealer drug syndicate targeted in dawn police raids will face court, while another shooting is probed.