Relief as NSW North Coast, Mid North Coast and Riverina expected to come out of lockdown this weekend 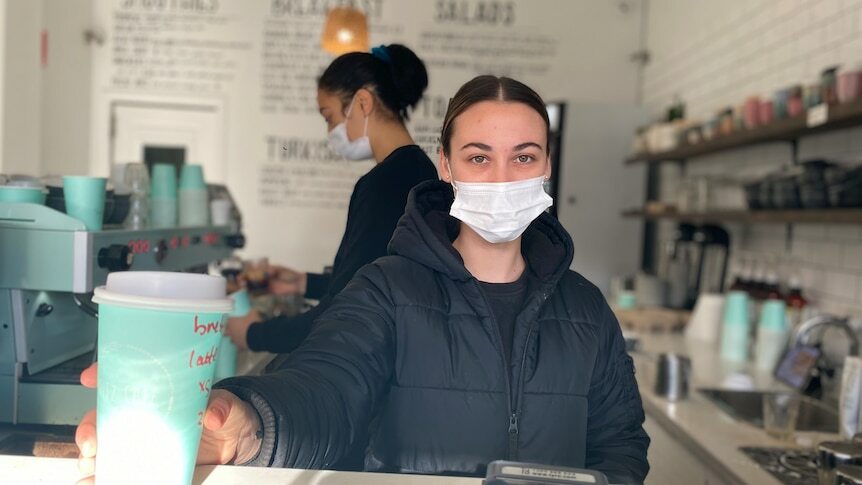 Excitement is building and venues are taking bookings as parts of regional NSW are this morning waiting to find out exactly which areas will come out of lockdown this weekend and which restrictions will ease.

The NSW premier Gladys Berejiklian will today announce the state's roadmap for coming out of lockdown, and the ABC understands part of the North and Mid North Coasts and Riverina will be released from midnight tomorrow.

Wagga Wagga café worker Mikayla Szombati is looking forward to the lockdown being lifted but is keen for more information about what restrictions will be in place.

"Last time we were limited in how many people we could seat (in the café), so that was quite a juggle," she said.

"I've already taken phone calls this morning with people trying to book tables, which is crazy because we don't even know what's going on yet."

Deputy Premier John Barilaro yesterday said if regional areas were to open up it would still be a "very restricted environment."

"Still nothing like the environment pre the lockdown," he said.

The news has been widely welcomed in Coffs Harbour on the Mid North Coast, where it's been more than three weeks since a local case was reported there.

Before those cases, the Mid North Coast was almost 480 days COVID free except for sewage detections, at Coffs Harbour, Bonny Hills, Port Macquarie and Dunbogan, Wauchope and West Kempsey.

"We're going out for dinner, and going for a haircut," Coffs Harbour resident Lilliana King.

Friend Cheryl Heath said she was looking forward to reconnecting with loved ones.

There have been a number of unexplained COVID-19 viral fragment sewage detections in Byron Bay, Ballina, Lennox Head and Yamba since late July, but it's been more than five months since the last confirmed locally acquired COVID-19 case on the North Coast.

Co-owner of the local Afends surf and street label Jono Salfield said they had already moved a lot of their trade from shop fronts to e-commerce during lockdown.

But he said the lockdown lifting would still make a difference.

"We hear a lot of people going into one of our stores to check it out, try it on and then buy it online."

Eyes on Victorian and Queensland borders

In the Riverina, several exposures sites have been listed during lockdown relating to essential workers travelling through the region, but health authorities say most were asymptomatic and three turned out to be false positives.

There are no detections of COVID in sewage across the 130, 000 square kilometre area, and there hasn't been a local case of someone living in the region since a family returned to Wagga Wagga from Melbourne 13 months ago.

Near the NSW border with Victoria, Berrigan Shire Mayor Matt Hannan said the lockdown lifting would make a "massive impact", but the next step will be to lift restrictions at the border.

"We see each other as one community," he said.

"There's daily interaction, people that move on a daily basis to commute to work, and the monetary contribution to the local economy, tens of millions of dollars spent on either side of the border."

In the state's north, residents along the Queensland border are hoping eased restrictions in NSW will lead to changes to the hard border closure there.

Epidemiologist Mary Louise McLaws said it's "difficult to open up and not expect sadly some infection to come into the area."

"We're so interconnected through family, truck deliveries," she said.

"So you've got to be very careful when you do that that you also ensure that there's equity in vaccine uptake."