The NSW Liberal Party will conduct a review into Saturday's federal election defeat which state Treasurer Matt Kean described as an "unmitigated disaster".

"They've abandoned the centre-ground and they have paid the price," he told the ABC.

"The community has said loud and clear that extremism in politics, not having the solutions to the big challenges our nation is facing, like climate change, are not acceptable. So voters in our heartland seats have looked elsewhere for the solution.

"I mean it's an unmitigated disaster. What we saw is our traditional Liberal Party voters abandoning the Liberal Party for the people that want to take stronger action on climate change."

"We're going to set up an appropriate body to look at those issues to hear the views of the broader party membership and I'm not going to second guess those matters," Mr Ruddock said.

Mr Kean, who had previously been a vocal opponent of the former government's climate change policies, said the party needed to form "sincere policies" for women and stand up for integrity in politics.

He suggested the federal party had shifted too far to the right.

"Voters sent a clear message that we don't need to look to the right, they want the Liberal Party to represent the diversity of the community. And that means having policies that concern voters in our heartland seats in the inner city in Melbourne and in the city of Sydney," he said.

Independent Zali Steggall also retained her seat of Warringah on Sydney's northern beaches, increasing her margin after fending off a challenge from the Liberal's candidate Katherine Deves, who rose to prominence for her controversial comments about transgender people.

Mr Kean was among several who called for her to be disendorsed but she remained the candidate after receiving the backing of the then prime minister Scott Morrison.

"We should be celebrating a win in Warringah but we chose the wrong candidate," he told the ABC.

"Clearly what we've seen is that the people of Warringah have rejected hate speech in politics and I think that communities right across the country would have done the same."

Ten months out from the next state election he said the NSW Liberal government needed to examine the lessons learned from the weekend to avoid a similar fate when it goes to the polls.

"We're also determined to pursue gender equality and a fair go for women and younger people across our community, and that will be my focus in the upcoming budget."

NSW Labor leader Chris Minns said he too would be heeding the lessons from the weekend results, with victory "a big uphill battle" for his party in March next year.

It comes after federal Labor frontbencher Kristina Keneally last night conceded defeat in the south-western seat of Fowler, a Labor stronghold since 1984.

The seat was won by independent Dai Le, a former Vietnamese refugee and Liberal Party member who is the Deputy Mayor of Fairfield City Council.

Ms Keneally, who was also a former NSW premier was parachuted into the seat after a factional brawl pushed her out of a winnable spot in the Senate.

Asked if it was a mistake to foist her onto an electorate she wasn't a part of, Mr Minns sidestepped the issue.

"Obviously she gave it her all," he told the ABC.

"She's gone out with dignity, but the lessons for all members of parliament is that you have to work hard for your local community. And that's obviously a lesson that every political party will take from an election like we've just seen.

"Notwithstanding the fact that Labor will nudge a majority government for the first time in nine years at the Commonwealth level, no one in NSW Labor should believe that the next election's in the bag," he said. 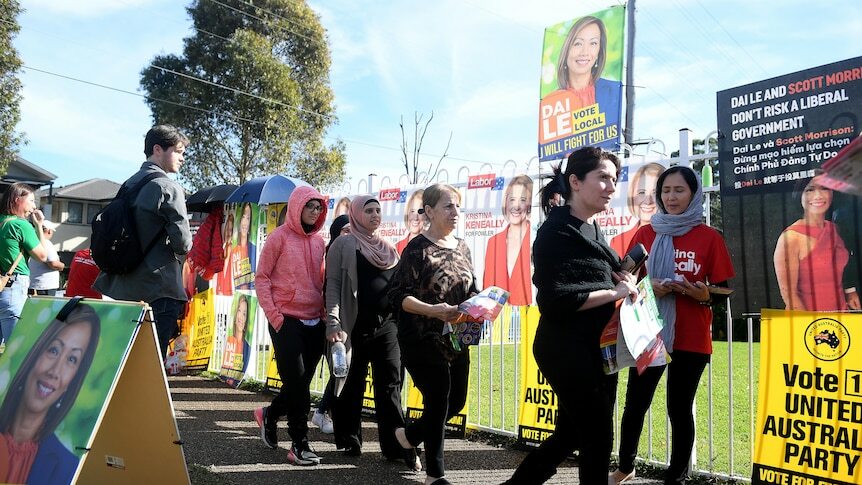 How Western Sydney voted and why the results were difficult to predict
Voters in Western Sydney deliver major parties a "mixed bag" of results after Saturday's federal election, with both Labor and…

The cross bench in federal parliament is expected to play a significant role in the next government, potentially even holding…