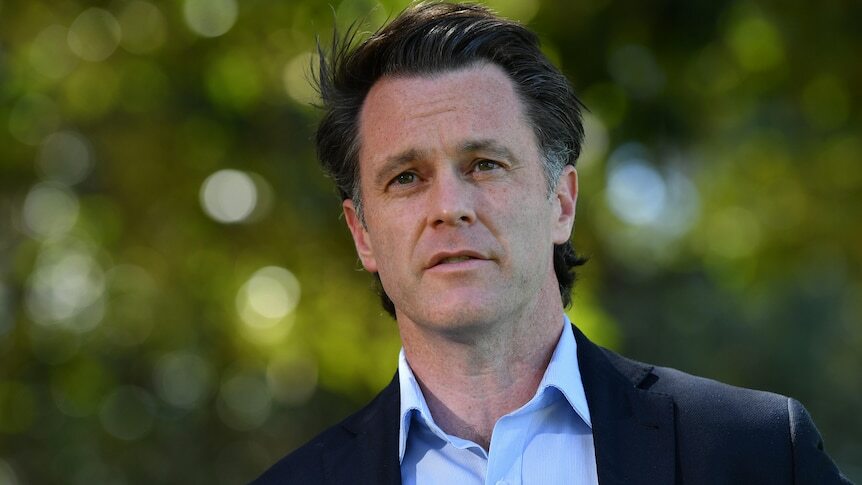 Speaking via Zoom at the party's annual state conference on Saturday, Mr Minns said the funds should be redirected into public transport infrastructure for Western Sydney.

"Meanwhile, the northern beaches will grow by just 31,000 and Mosman by just 1,000 people over the same period."

The Beaches Link toll road, consisting of 7 kilometres of tunnels, will connect the Warringah Freeway at Cammeray to Balgowlah and Seaforth.

The 2021-22 State Budget allocated $454 million to the Western Harbour Tunnel, Beaches Link and Warringah Freeway upgrade for the financial year, and $6.3 billion over four years.

The project is expected to be completed in 2028.

Meanwhile, Mr Minns said Western Sydney had been left behind.

"We don't need new expensive roads for the Northern Beaches," he told the party faithful.

Western Sydney is shaping up as a key political battleground for the 2023 state election.

This week, newly-installed premier Dominic Perrottet said the western suburbs would be "where the heart of the government [would] be," and Penrith MP Stuart Ayers was appointed as the Liberal's deputy leader.

Call for end to political donations

In his conference speech, the opposition leader also called for a bipartisan agreement to end secret political donations.

"I'll be writing to the new NSW Premier this week, urging him to work with me to end secret political donations to parties in NSW," he said.

"For reform for political donations to work it needs bipartisan or even multi-partisan support to entrench a clear and transparent set of rules."

Mr Perrottet agreed there should be no secret donations to political parties.

"It's refreshing that Labor has moved on from the days of the Aldi bag into some donation reform … I haven't seen the details but if that's what their policy is, that sounds incredibly refreshing."

The Aldi bag relates to accusations levelled at NSW Labor regarding political donations dating back to 2015.

An inquiry sitting in 2019 heard that an Aldi shopping bag full of cash had allegedly been delivered to party headquarters by a Chinese billionaire.

In his conference speech, Mr Minns expressed his support for that investigation.

"I have no knowledge of the findings that will emerge into our organisation," Mr Minns said.

"But I know enough from the evidence at the public hearings that we have let down the people of NSW."

He said his aim was for the state to have the most transparent financial disclosure regime in the country.